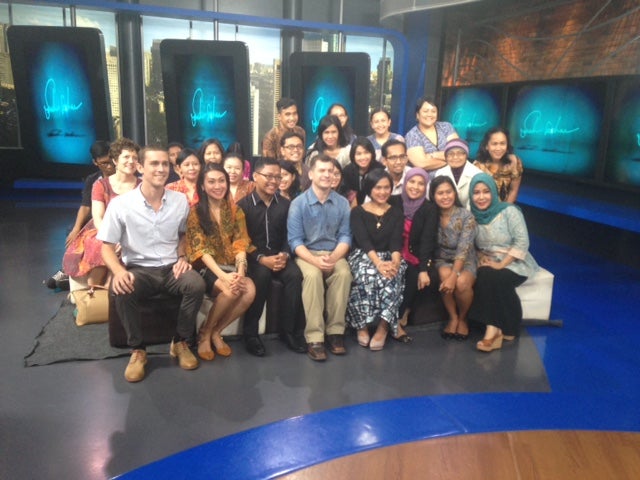 English Language Fellow Jeremy Beal made his television debut on the popular Indonesian talk show Sarah Sechan to discuss life as an American in Indonesia and his overall fellowship experience. Beal was given the chance to sing a duet with famous dangdut singer Kristina on the show as well! Sechan also interviewed Ambassador Robert Blake and the Deputy Chief of Mission, Kristen Bauer, who highlighted the U.S. Embassy’s work in Indonesia and the overall importance of building a strong relationship between the United States and Indonesia.

Beal’s appearance on the Sara Sechan proved to be a great opportunity for him to showcase his work with the English Language Programs and provided the U.S. Embassy with a platform to discuss diplomacy efforts in the country of Indonesia. The show was taped before a live studio audience on May 13, 2015 in Central Jakarta and aired on May 18, 2015.