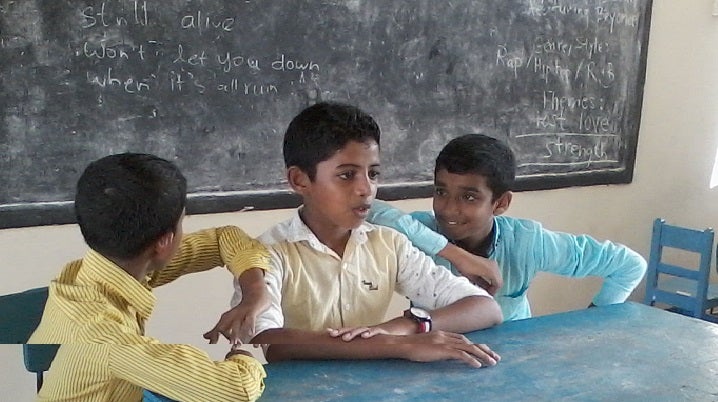 English Language Fellow Trinidad Hernandez facilitated a video project to help English Access Microscholarship Program students and their teachers learn about and experience the uniquely American musical styles of hip hop and R&B. The project centered on the creation of a music video for the song “Pink + White” by rapper Frank Ocean, which also features one of America’s top R&B singers Beyonce.

The 2-hour Access lesson began with a short introduction to music videos and hip hop/R&B as well as the song, its performers, and its main themes. In the classroom, each student chose lyrics and then recorded a performance of her/his lyrics with other students in the shot. The final phase of the video shoot was a recording of group performances of the rap verses of the song.

Throughout the project, students showed their developing confidence while performing their various parts in the video shoot and were enthusiastic about participating in the activity that challenged them to be improvisational in creating their on-camera actions and personas.