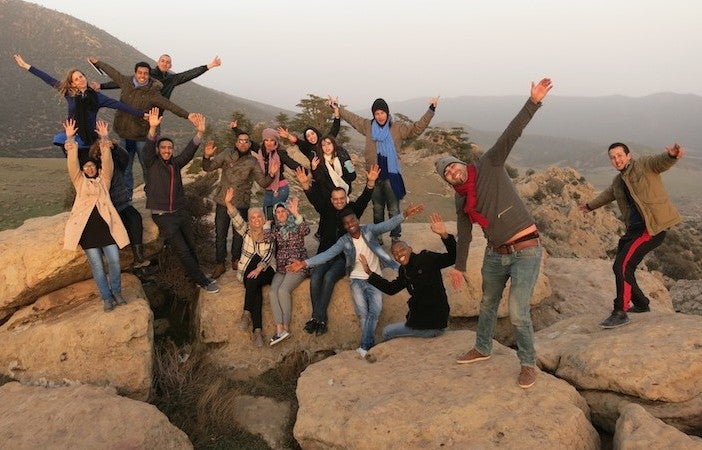 The objective of the retreat was to produce high-quality audio recordings for public broadcast. The program was an extension of Algerian Youth Voices (AYV), which was a training organized by the Public Affairs Section-Algiers and funded by the U.S. Department of State Innovation Fund.

The outcome of the retreat was eight creative and insightful audio recordings that covered a range of topics, such as traveling, family, conflict resolution, recreation, and friendship. The retreat increased the sense of community among the group as a result of team-building activities held each day, including games, collaborative group work, nature outings, group singing, shared meals, and team meetings. One of the participants wrote, “AYV was the best thing that happened to me in my life. I enjoyed every minute of the time we spent together.” Another participant added, “We spent an incredible time. I think it’s the best trip ever for each one of us.” The U.S. Embassy in Algiers provided certificates for the participants.