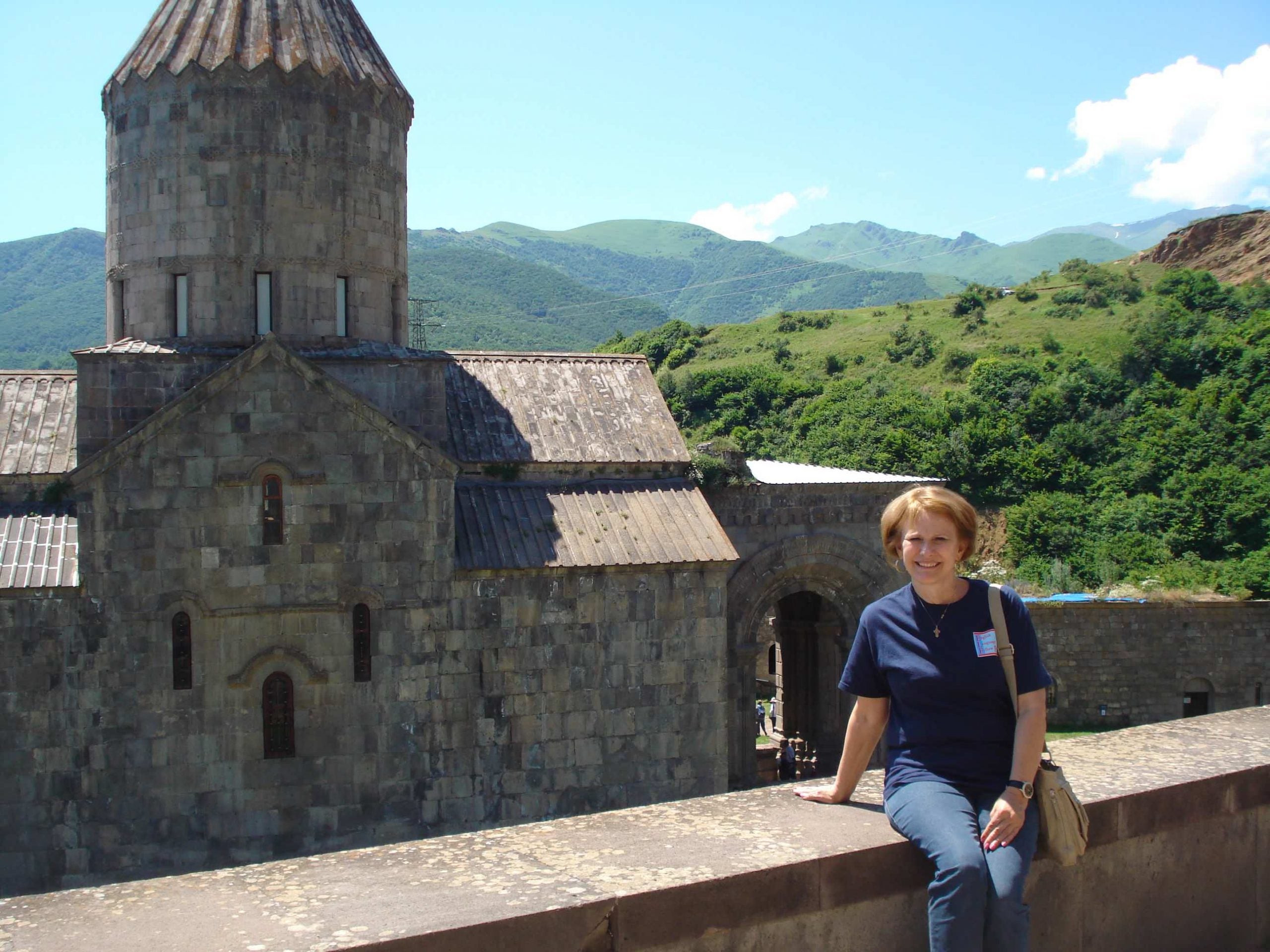 Barbara Williams Stoff was an English Language Fellow in Armenia, 2012-2013. At her host institution, the European Regional Academy, she taught English for Specific Purposes (ESP), including courses such as Business English and English for Travel Agents and Tour Directors. Barbara also had classes at Vanadzor State Pedagogical Institute, where she taught TESOL education to pre-service teachers, as well as courses in Academic Essay Writing and American Studies and Democracy. For her secondary duties, Barbara led various English communication clubs at the American Corner, including Technology Club, Friday Night Movie Club, and Writing Clinic.

One of Barbara’s most challenging projects during her fellowship was creating a summer camp from scratch for ninety-two middle school students. As she began researching and brainstorming, she came up with a plan to give the camp a fairy tales theme and to make it craft-oriented. She then invited her pre-service teachers to work with her, providing them with some unique, hands-on experience. Interest grew when three local news channels started promoting the camp, and eventually a total of twenty-five teachers from all over Vanzador signed on to the project. To cut down on costs, Barbara and her staff collected bottles, paper plates, and flowers to use for the crafts. In the end, the camp was a great success, with the students using new target language and making objects inspired by the fairy tales, such as piggy banks and necklaces. “I wanted to show my students and staff how a summer camp could blend fun and crafts with English language learning,” Barbara said. “But I had no idea how rewarding the outcome would be for all of us in the community.”

After leaving Armenia, Barbara was contacted by her former colleagues about writing a manual for the summer camp they had worked on together. The teachers wanted to collaborate on creating a guide for the Armenian English Language Teachers’ Association (AELTA). “I was thrilled with the opportunity to work with my team again on a project that could benefit new teachers as well,” Barbara reflected. “The writing process also gave us time for deeper reflection on the pedagogical theories and methodologies behind some of the activities we used at the camp.” The manual was printed with a grant from the U.S. Embassy in Armenia, and distributed by the teachers at workshops and conferences where they spoke about their experiences with the groundbreaking camp.

Barbara credits her exceptional mentor in Armenia, her colleague Kristina, with sparking her own passion and drive to become a mentor herself. “I realized that it was because of Kristina’s care and support that I was able to become a better and more effective teacher in Armenia. And I wanted to share that gift with other teachers too if I could,” Barbara stated. Taking a position at Kennesaw State University, Barbara taught and mentored students who were training to become TESOL specialists in Methods and Materials Education. She also wrote numerous references and reviewed many essays for applications. For the TESOL 2019 conference in Atlanta, Barbara both presented on mentoring, and mentored her colleagues in the process, discussing presentation ideas and helping them set up their workshops. With her recent move to South Carolina, Barbara is working to become involved in the education system there, as a Mentor District Teacher in the local school system.

My time as a Fellow in Armenia was so special to me that over the years I have shared my experiences with anyone who will listen,” Barbara said, with a laugh. “And now, with my paintings,” she added, “I want to share them with anyone who would like to take a look, too.

Capturing the Beauty of Armenia in Art

The rich cultural imagery and unforgettable people in Armenia had such an impact on Barbara that when she got back to the U.S. she was determined to render her inspiration into art. With her memories and photographs of the colorful corner markets, the majestic snow-capped Mount Ararat, her wonderful neighbors, and trips with friends to the churches in the countryside, Barbara began work on a lifelong dream: painting the beautiful things she saw overseas. “My time as a Fellow in Armenia was so special to me that over the years I have shared my experiences with anyone who will listen,” Barbara said, with a laugh. “And now, with my paintings,” she added, “I want to share them with anyone who would like to take a look, too.”

Barbara Williams Stoff was an English Language Fellow in Kazakhstan, 2007-2008 and in Armenia, 2012-2013. She was an English Language Specialist in Bosnia-Herzegovina, 2012; Uruguay, 2015; and Mongolia, 2016 and 2017. She taught in Marietta City Schools and Cobb County Schools for fifteen years, and most recently at Kennesaw State University for two years. While working with the U.S. Department of Education, she was part of the Teacher to Teacher Training Corps for two years, traveling the U.S. and giving workshops on specializing in teaching English as a Second Language.