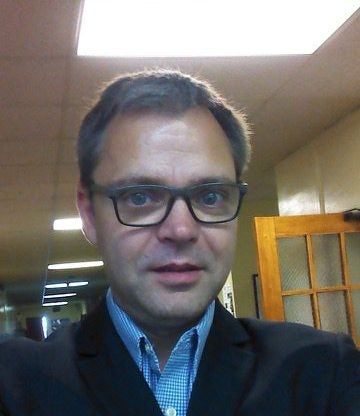 Brad Tipka was an English Language Fellow in Indonesia from 2003-2005 and in Malaysia from 2005-2006. Tipka embraced the diplomatic side of his fellowship and used his experiences working with disadvantaged populations abroad to work with low-income populations back in his community in St. Paul, Minnesota.

During his fellowships, Tipka “was working with pre-service English teachers. I taught regular academic courses to pre-service teachers, taught a professor’s class for English Teachers and did some outreach to local elementary schools.” Highlights of his time abroad were hosting a local Medan teaching conference that most of the Fellows teaching in Indonesia attended and hosting English teaching professors from Maktab Perguruan on a three-day retreat. The retreat was a simulation on how to present a teacher training program Tipka designed for Malaysian English teachers. “We went through the activities with the teachers just as they would with future English teachers. We had a rewarding retreat that included some touring around the Cameron Highlands. It was Ramadan and about half the teachers were Muslim and fasting, so it was enjoyable to be able to break the fast with them in the evenings.”

Tipka is currently the Executive Director at Sejong Academy, a Korean Immersion School in St. Paul, Minnesota. The school works with mostly low-income students who are studying both English and Korean, which can be a challenge. “My work as a Fellow definitely informs my work at Sejong Academy. Indonesia is an incredibly diverse country and working in this diverse country helped me to work at understanding different perspectives.” Fellows are not only TESOL professionals teaching and training in classrooms abroad; they are also cultural ambassadors who aid U.S. Department of State diplomatic goals. One of Tipka’s favorite aspects of the fellowship experience was “representing a side of US diplomacy that focused on education. The fellowship changed my impression of the impact that the U.S. State Department can have on local communities. Through improving English language instruction, I believe that we were empowering more students and teachers to join a global dialogue that they may not have previously be able to participate in.”

This international impact on teachers in Indonesia and Malaysia helped Tipka develop his own skills working with different people back in the United States. The English Language Fellow Program “has helped me understand the diverse communities that I continue to work with in Minnesota. It also propelled me into school leadership and helped me realize my leadership potential. Since I’ve been back I have primarily worked with East African, Hmong and Karen immigrant and former refugees in Minnesota, and I think that I have been drawn to work with these groups based on my experiences as a Fellow. As I hoped to make connections in the local communities I served in Indonesia, I try to do the same thing with the large and diverse immigrant and refugee community in Minnesota.” Tipka’s fellowship in Indonesia also had a huge impact on his personal life: he met his wife while he was living and teaching there. “Once I met her, I was able to get out and experience a lot more of the local culture, which was amazing. I remember on our first date we stopped to eat boiled clams with hot sauce at a roadside stand.”

“Overall, the Fellow program helped me stretch out of my comfort zone and learn that there are many diverse ways of achieving a goal and that big things are possible,” Tipka said.