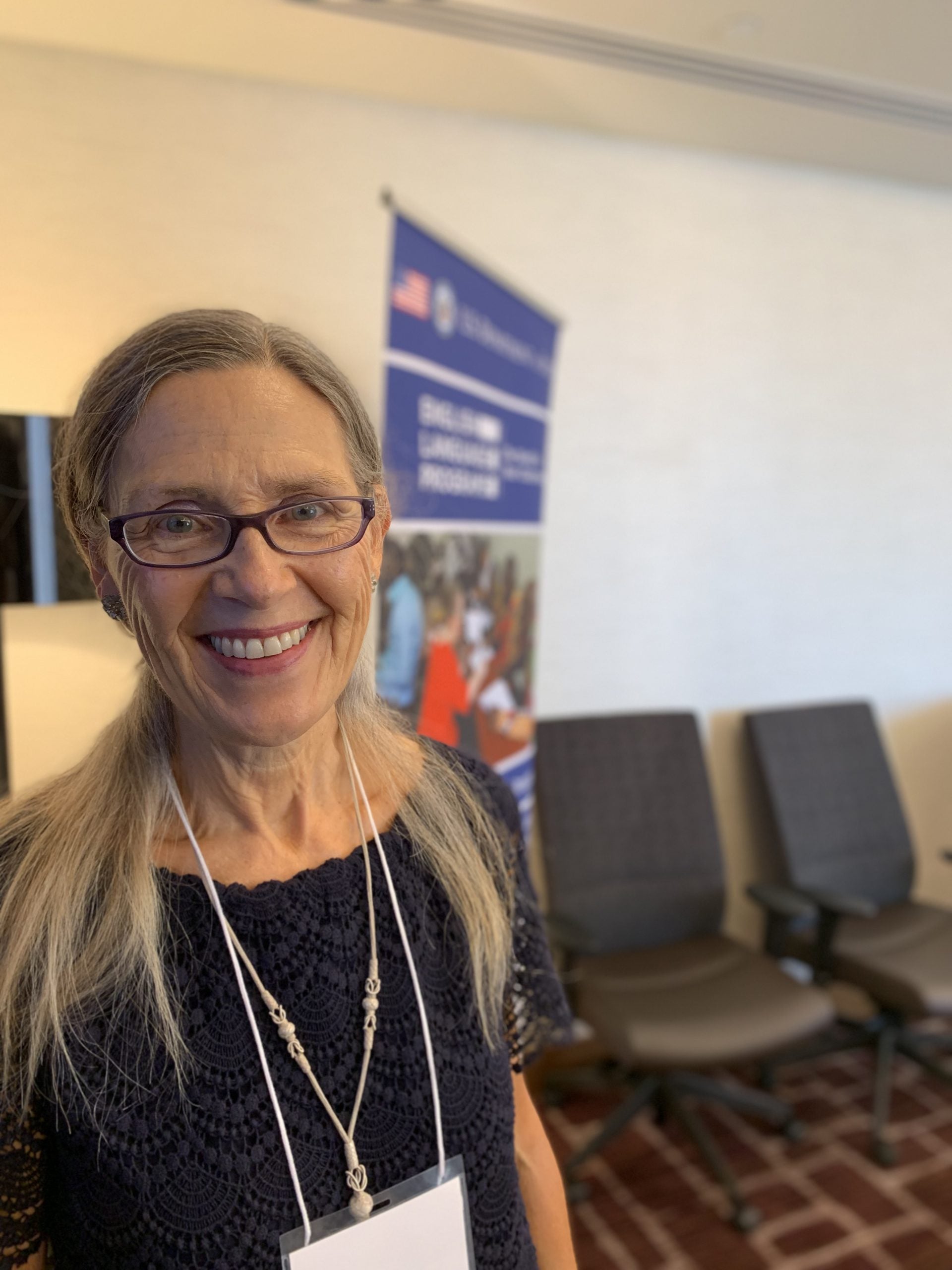 Carol Weidner, an English Language Fellow in Malatya, Turkey, 2010-2011, is an Alumni Ambassador for the U.S. Department of State English Language Program. As a Fellow in Turkey, Weidner taught EFL classes at Inonu University, and worked as a teacher trainer and English camp director. She states, “Being a Fellow in Turkey was complete with discovery, adventure, lasting friendships, professional development, and a deep sense of fulfillment and cultural awareness. It was one of the best years of both my professional and personal life.” In Malatya, Weidner had the unique distinction of being the first Fellow ever placed at Inonu University, where she was embraced by the faculty and encouraged to try out different roles. Weidner reflects, “In the mornings I taught EFL four-skills classes to undergraduates, while in the afternoon I taught English Conversation classes to doctors who were teaching at the medical school. I also had a business English class one evening per week with working professionals. Working with such a diversity of small groups was personally a very special experience, allowing for deep conversations and cultural exchanges to take place.” For one of her secondary projects, Weidner took on a leadership role as the organizer and director of an EFL Summer Camp. With the theme “Take Me Out to the Ball Game,” the camp had a dual focus of baseball and music. Students of all ages from Malatya learned to play baseball in the morning, and honed their musical theater chops at night. “It was a great joy to witness and facilitate the students’ growth with these pursuits. Some of the Turkish boys who had never tried the sport before said they were born to play baseball,” Weidner says. “Working with the camp’s dedicated volunteers and teachers was inspiring. The highlight from the camp was the final musical production where all seventy-five children performed for the university’s administration, camp counselors and teachers, and parents and friends.”

By developing greater cultural awareness and sensitivity while in Turkey, Weidner felt better prepared to take on new career challenges, including teaching at a women’s college in Dubai for two years following her fellowship. Subsequently, she returned to Savannah College of Art and Design’s ESL Department. Weidner says, “Coming back I was able to share my newly informed world view, and I also felt more receptive to learning from my students and colleagues as a result of my time abroad.” Recently retired, Weidner is now exploring ways to teach the Color Vowel Approach for pronunciation in an online setting. She’s excited about the new challenge and confident she will find a way to make it successful and continue contributing to the ESL community. “The experience of being an English Language Fellow gave me confidence that I could meet just about any challenge. Today I deeply believe I can ‘feel the fear and do it anyway’.” Carol Weidner was an English Language Fellow in Turkey, 2010-2011. She has over thirty years of experience teaching both French and Spanish as foreign languages, and English as a second language. After her year as a Fellow in Malatya, Turkey, she went on to teach EFL at Dubai Women’s College in Dubai, UAE.  After two years in Dubai, she returned to teach at the Savannah College of Art and Design in the English Language Studio.