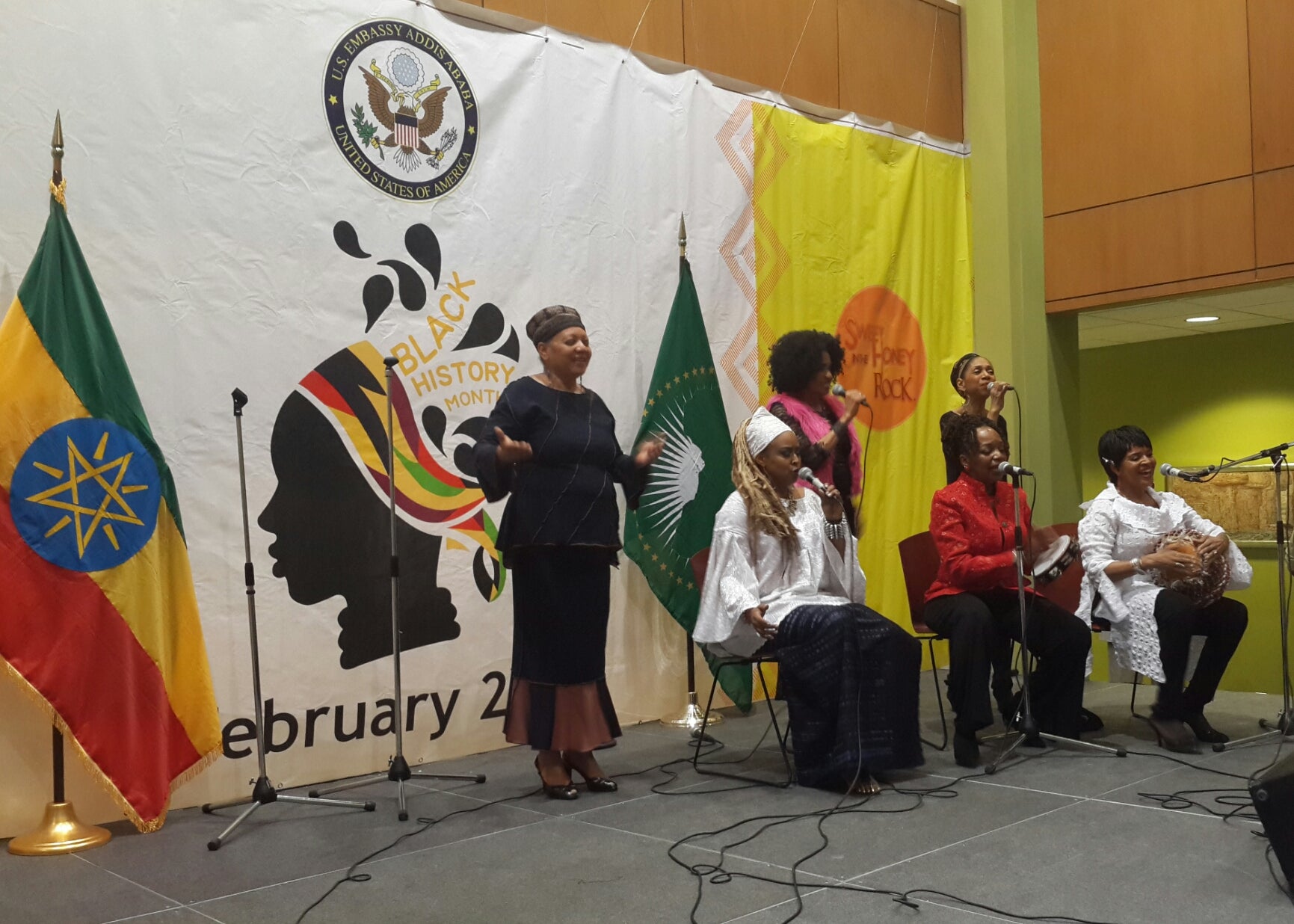 After a successful African Union Summit in Addis Ababa, English Language Fellow Matthew Jellick and the US Embassy in Ethiopia celebrated Black History Month at the beginning of February.

Two women’s musical groups performed songs about “overcoming obstacles while reveling in joy, delighting the crowd of nearly two hundred who had gathered in the atrium for the performance,” Jellick said. The two groups, Yegna and Sweet Honey in the Rock, represented Ethiopia and the United States, respectively. The evening celebrated the cross-cultural value of sharing music and common themes.

Ambassador Patricia Haslach and Assistant Secretary for African Affairs Linda Thomas-Greenfield both gave speeches about the power of the relationship between the United States and Ethiopia. They spoke about the importance of economic and cultural ties between the two countries. The Minister of Foreign Affairs, Dr. Tedros Adhanom Ghebreyesus, also attended the event.

“While Black History Month is celebrated back home, it is something that should reach all corners of each continent, a lesson on what makes our country great; ideals and mores through struggle and understanding. With admittedly a long way to go for global consciousness with regards to race relations, celebrations such as this one are a reminder of how far we have come, working together,” Jellick said.