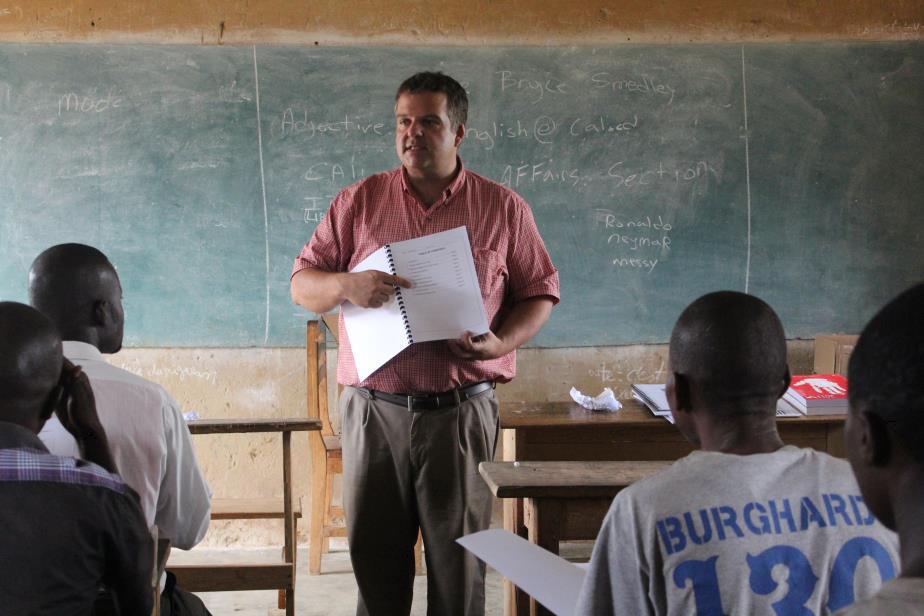 English Language Fellow Bryce Smedley is helping to not only facilitate English conversations in the Democratic Republic of the Congo (DRC), but to direct that conversation to a very important topic: diversity. He developed a series of workshops on the topic that he is presenting around the country.

First, Smedley developed a four-hour training workshop about tolerance and diversity for students at the Congo American Language Institute (CALI). During the workshop, participants discuss issues concerning discrimination, equality, and justice for marginalized populations in Africa. Because the workshop is conducted in English, the students use this opportunity to practice their language skills while discussing issues relevant to their lives.

Smedley continued this line of conversation in March, when he spoke in Kinshasa at the Protestant University of the Congo (UPC) about gender equality and women’s rights to celebrate International Women’s Day. Students parents, and teachers discussed issues that most women face in Congolese culture and talked about the strong women in their lives and the challenges facing female students. The discussion was followed by a Q&A session in which participants exchanged cultural information about women in the United States.

LGBT rights were also a focus of Smedley’s conversation with fellow teachers and students in the DRC. He met with a local leader fighting for human rights and awareness of LGBT issues. Smedley explained that there are grants available for LGBT organizations and provided contact information for groups doing similar work in the United States.