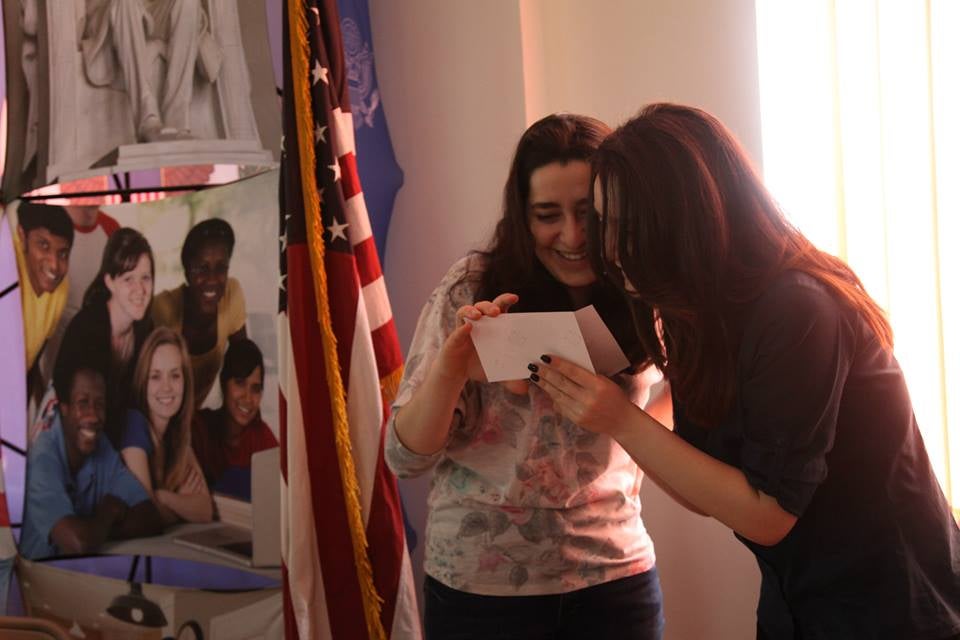 The Public Affairs Section of the U.S. Embassy in Baku held the event to “help [participants] learn about interesting aspects of English in a fun and interactive way.” Over the course of five days, Magaziner led or co-led 13 sessions that included workshops, trainings, discussion clubs, and literature clubs.

Magaziner and American Center students attended a film screening of the 2002 documentary Spellbound. After the movie, participants explored the American tradition of spelling bees.

Students also read several English language stories available on the American English website, including O. Henry’s “The Gift of the Magi” and Jack London’s “To Build a Fire.” “The students were incredibly eager to read and discuss. Their enthusiasm to engage with English-language texts was inspiring for both me and the Baku AC staff,” Magaziner said.