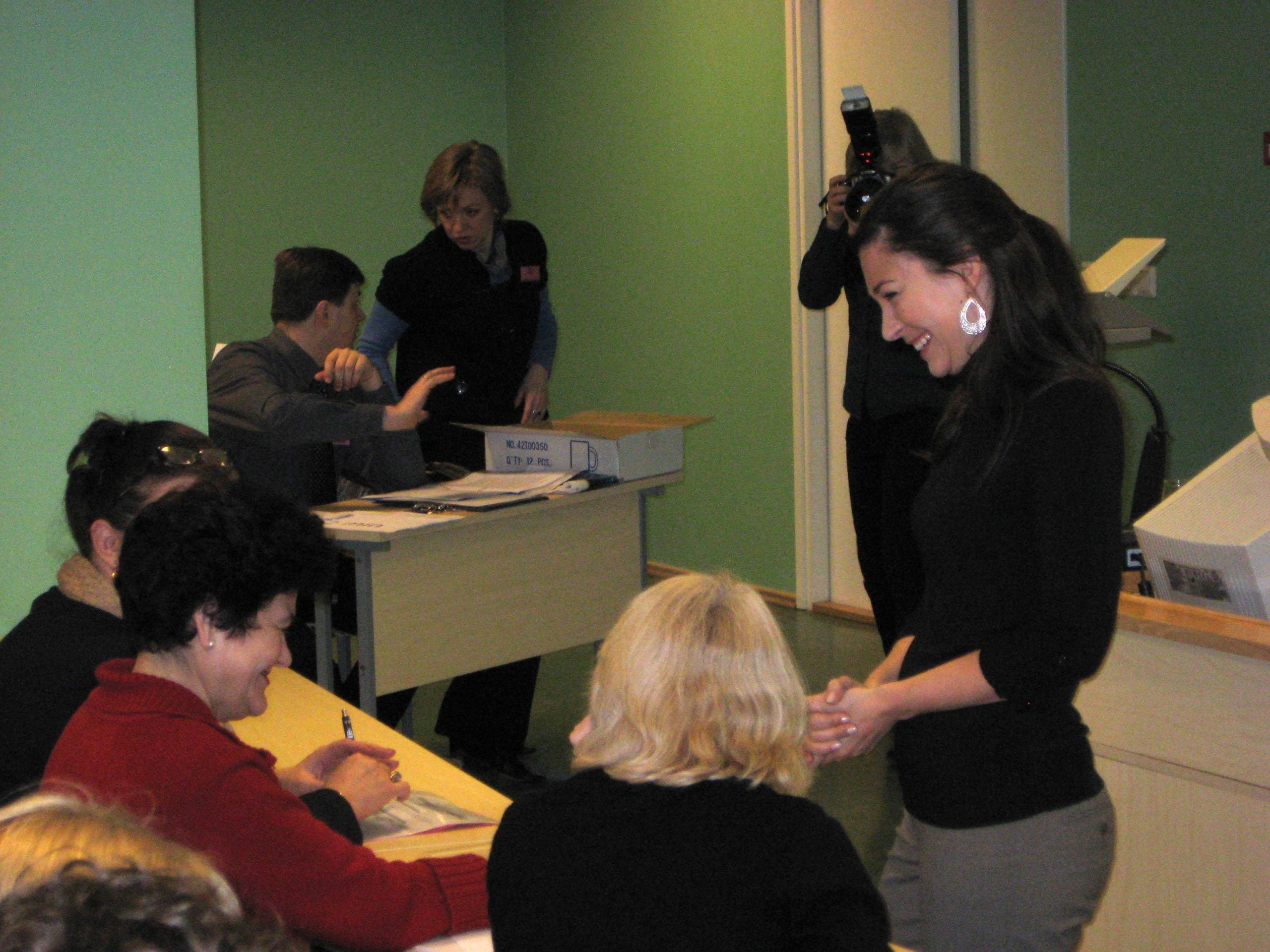 Emily Ferlis has had an impressive career since returning from her fellowship in 2008. She has held jobs in both the private and public sectors and received her PhD in instructional leadership.

Ferlis was a Fellow in Bulgaria from 2007 to 2008.  She taught English and American culture at the University of Plovdiv. In addition to her responsibilities there, she also traveled throughout Bulgaria and Eastern Europe conducting workshops for teachers.

Ferlis enjoyed the fact that she had a lot of flexibility in what she was able to work on: “I had a lot of experiences that I wouldn’t have had as a teacher in the United States.”  One semester, she taught a business English course, and the next semester she taught a course called “New York City: past, present, and future through documentary film.”

Beyond the professional aspects of her time abroad, Ferlis enjoyed the personal relationships that she made with her students, her teachers, and the people in her community. “I felt like they really embraced me into their community and wanted to learn more about American culture through me.”

After coming back to the United States, Ferlis earned her PhD at Virginia Commonwealth University (VCU) and took a full time job as an EFL teacher in a middle school.  She went on to receive a prestigious fellowship from the Presidential Management Fellows Program, a U.S. government program that places talented individuals in federal agencies. Through that program, she started working with the Department of Education and later moved into the U.S. Department of State.

In February 2014, Ferlis became the Associate Director of the Intensive English Program at VCU, and she knows that the experience she gained as a Fellow helped her get there.

“It was such a unique experience,” she says. “I was able to engage in training teachers in a way that I think would be very difficult to do here. Being a Fellow definitely impacted my career and helped put me into the position to do what I’m doing now.”