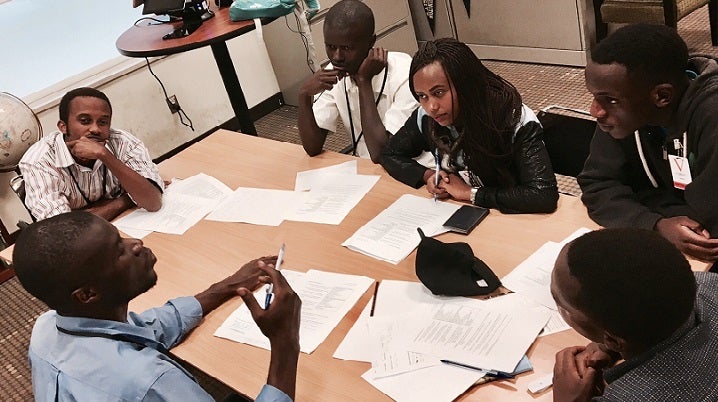 The session began with participants responding to a short animated film clip in which Maathai tells an inspirational parable. Later on in the session, they held group discussions about various gender issues, such as the impact education has on women in respect to both their professional and personal lives. The Fellow remarked that “it was inspiring to hear so many young Rwandans, especially young men, think critically about gender balance and what that actually means for their communities.”