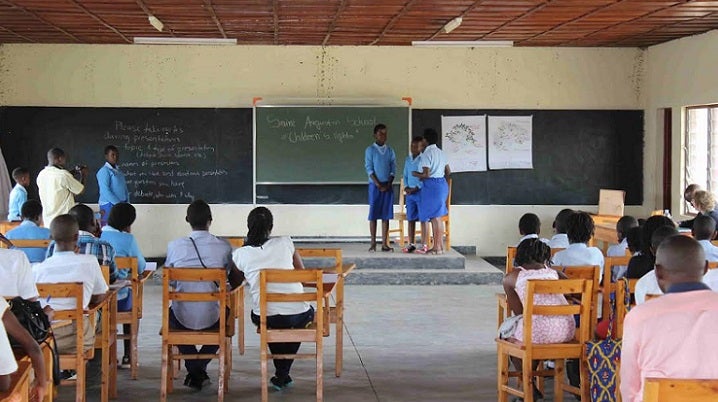 Christine Kendrick, the English Language Fellow based at Catholic Institute of Kabyagi (ICK) in Muhanga, Rwanda, worked with her colleague Vivens Hitiyaremye to organize, coordinate, and host a performance and networking event for English clubs from two secondary schools and two primary schools in Muhanga District.

For this event, each club was invited to bring 15 students and to present up to three performances to illustrate their English club activities. The performances included skits, songs, a poem and a debate. To encourage the audience to pay attention, a trivia quiz competition about the topics addressed was held after the performances finished.

The students also broke into small groups to discuss each school’s efforts, both in terms of presentation and content. The groups then shared their thoughts with one another and asked questions of other school groups about their topics and performances.