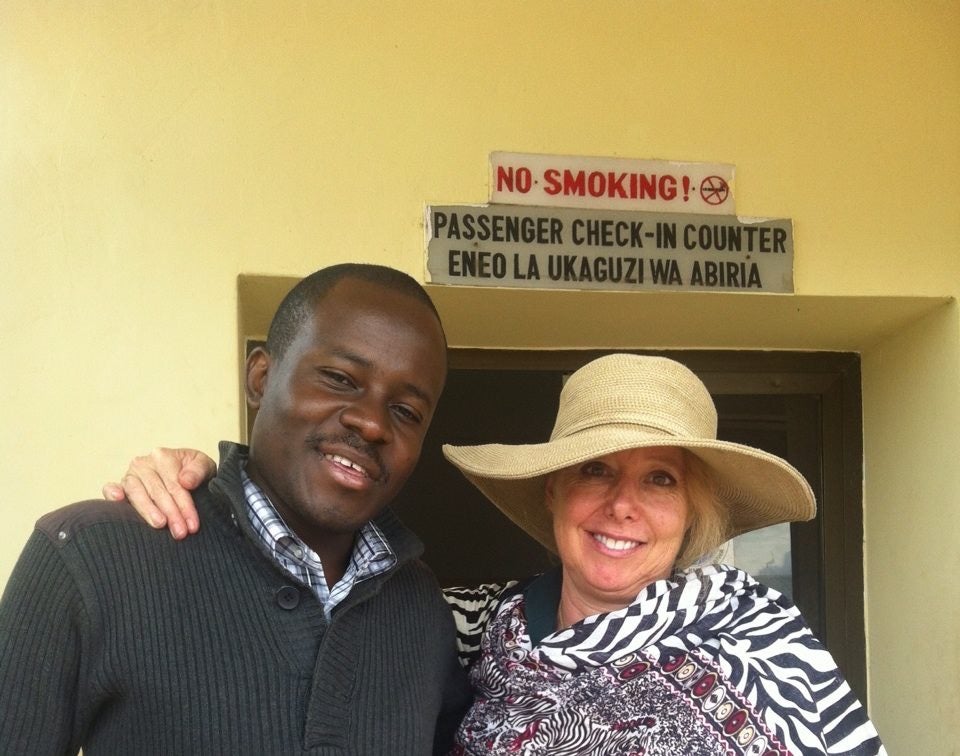 During her Specialist project in Tanzania in June 2019, Lee Anne McIlroy was able to reconnect with many former colleagues from her 2012-2013 English Language Fellow project. For the tenured faculty member in ESL at Cerritos College, spending six weeks providing tailored instructional technology training was a perfect summer project.

Although Swahili is the official language of Tanzania and is used at the primary school level, English is the sole medium of instruction from secondary school up to university level. Because all students have to become proficient in English to succeed, the government of Tanzania welcomes instructional technology as a key tool to support English learning throughout the country.

Of the 23 million internet users in Tanzania in 2019, 90% accessed it through mobile phones. McIlroy became well aware of this during her fellowship. Because she remained in contact with her Tanzanian colleagues after she returned home, McIlroy sought to gain more knowledge and expertise to continue supporting her Tanzanian colleagues.

McIlroy’s deep connection to her Tanzanian colleagues impacted her professional development path. After her fellowship, she enrolled in an Education Technology Program in California, and dived into Open Educational Resources (OERs), podcasts and apps. She states that OERs “could have been incredibly transformative for my colleagues in Tanzania” while she was a Fellow.

Armed with her international experiences and new OERs expertise, McIlroy continued teaching ESL in California. When she saw the call for applications for the “Go Back, Give Back” contest, she jumped at the opportunity to go back and reconnect with her colleagues. She was delighted when her proposal “Go Back Give Back Safari Across Tanzania: Instructional Technology in Limited Resource Contexts” was accepted. Indeed, the series of workshops she designed and facilitated in Dar Es Salaam, Tanga, Lindi, Songea, and Tabora focused exactly on what her former colleagues’ professional development needs were: OERs and how to access them in low-resource classrooms, including using mobile internet connections.

McIlroy’s experience in Tanzania had a profound impact on her professional and personal life. From her Tanzanian colleagues, who are used to working in large classrooms of 100 students or more, she learned group management strategies and “how to adapt a student-centered approach by organizing groups.” Since returning from Tanzania, McIlroy has been increasingly involved in supporting an African Studies program at her college. She has become involved in community service projects and actively supports heritage language programs. What she learned in Tanzania about the impact of colonialism and heritage languages reshaped the way she teaches and advocates for students. She attributes her tenure at Cerritos Community College to her Specialist project.

Lee Anne McIlroy earned her undergraduate degree in Linguistics at UCLA and her graduate degree in Linguistics at California State University, Long Beach. She holds certificates in French Language and Literature from the University of Neuchatel and in Japanese from UCLA. In 2012-2013, she was a Senior English Language Fellow in Tanzania. She completed an English Language Specialist project in the Comoros Islands in 2014 and another one in Tanzania in 2019. She is currently a tenured faculty member in ESL at Cerritos College.