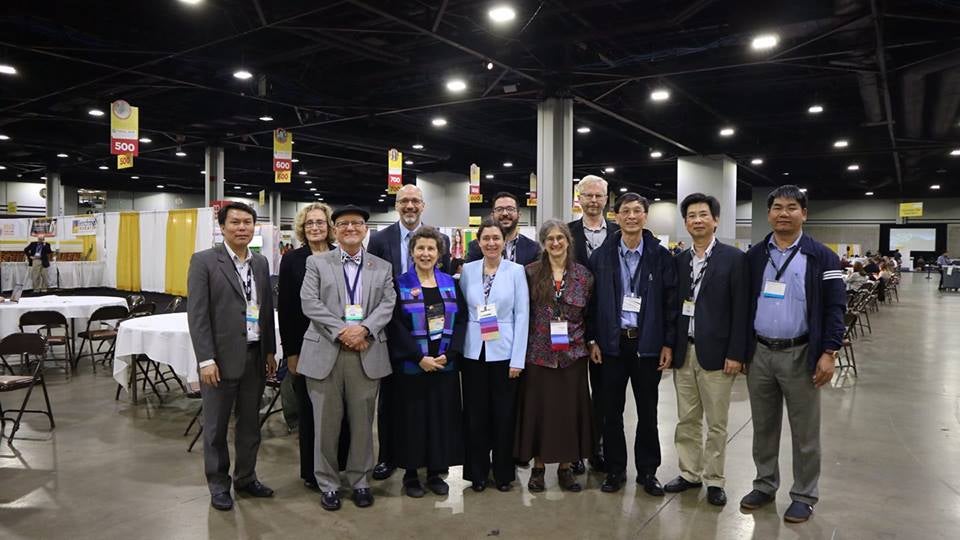 Rosa Aronson, former Executive Director of TESOL International Association, completed a virtual Specialist project in which she provided 10 monthly webinars that focused on building the capacity of a newly formed association of English Language Teachers (ELT) in Vietnam. Throughout the virtual project, Aronson collaborated with the Board of Directors of VietTESOL to build a professional ELT association that was both strong and sustainable.

For this project, Aronson mentored VietTESOL teachers on various aspects of running a new organization. As she described it, the group “had the vision and leadership skills to start their association. I simply guided them through discussions about how to grow their organization and how to make it relevant to key stakeholders in their country.” Aronson drew from her experiences in a leadership role with TESOL International Association and from her 24 years of experience working with an association of school leaders. She developed 13 online workshops addressing key factors of leading a teachers association such as developing a strategic plan, attracting and retaining members, hosting conferences, coordinating professional development, and managing fundraising initiatives.

Each workshop was held over Zoom, an online video conferencing platform, which allowed participants to see and interact with each other even with the 12-hour time difference. Aronson explained that that “the project would not have been possible without it (Zoom).” This platform also allowed each workshop to be recorded so that teachers who were unable to attend had the opportunity to listen to the presentation, questions, and discussions.

The date of the final workshop coincided with the TESOL 2019 International Convention & English Language Expo in Atlanta, so, rather than holding the wrap-up session via Zoom, the group was able to meet in person. Along with support and funding from the Regional English Language Officer (RELO) in Hanoi, a delegation of VietTESOL Board members was funded to attend TESOL 2019 and the final workshop was held face-to-face along with the RELO, RELO Assistant, and leaders of TESOL International Association.

Aronson described the impact of this project in Vietnam and in the field of TESOL. “With this project, I am more convinced that leadership is a critical component of the professionalization of the English Language Teaching profession.” During the project, Aronson also wrote a chapter in an upcoming book titled Professionalizing Your English Language Teaching. Aronson’s writing is informed by her years of experience in the TESOL field and, in particular, by her Specialist project and collaboration with VietTESOL.

Rosa Aronson served as executive director of TESOL International Association from 2010 and 2017, where she launched several successful strategic initiatives, including a global Summit on the Future of the TESOL Profession, an expansion of the TESOL Affiliate network, multiple international conferences and events in collaboration with ELT organizations around the world, and the development of a book series, the 6 Principles of Exemplary Teaching of English Learners. Her career in Education began as an EFL teacher in France and continued in the USA in professional educational organizations.  She holds a Ph.D. in Social Foundations of Education, a Master’s degree in Education, and a Master’s degree in English Linguistics. In 2015, she was named Fellow of the American Society of Association Executives (FASAE) in recognition of her service and leadership in association management.