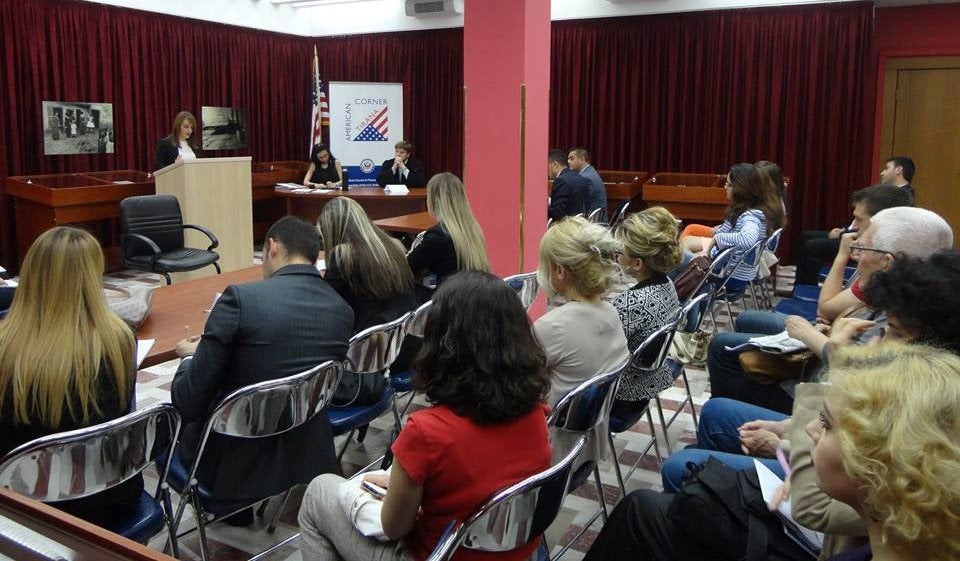 English is on (mock) trial in Albania. In a program organized by fellow Danielle Capretti, legal English students from the School of Magistrates in Tirana, Albania conducted an American mock trial on judicial intimidation. Held at the American Corner in Tirana, the trial was based on a mock trial created by the Illinois Bar Association. The students, whose levels range from pre-intermediate to advanced, were responsible for opening and closing statements, witness testimony and direct and cross examination of witnesses. Capretti wanted to make the mock trial as realistic as possible to give the students a real sense of the American legal system. Brian Street, the Assistant Public Affairs Officer from the U.S. Embassy in Albania, served as the judge, Capretti acted as the clerk and a law student was the bailiff. A jury consisting of judges and law students from Capretti’s legal English classes rendered verdicts on four issues. Everyone who participated in mock trial gained insight into how the American legal system deals with intimidation of judges and increased their understanding of how the American works in practice. This knowledge is especially relevant for the School of Magistrates students, all of whom will become practicing judges in the near future.