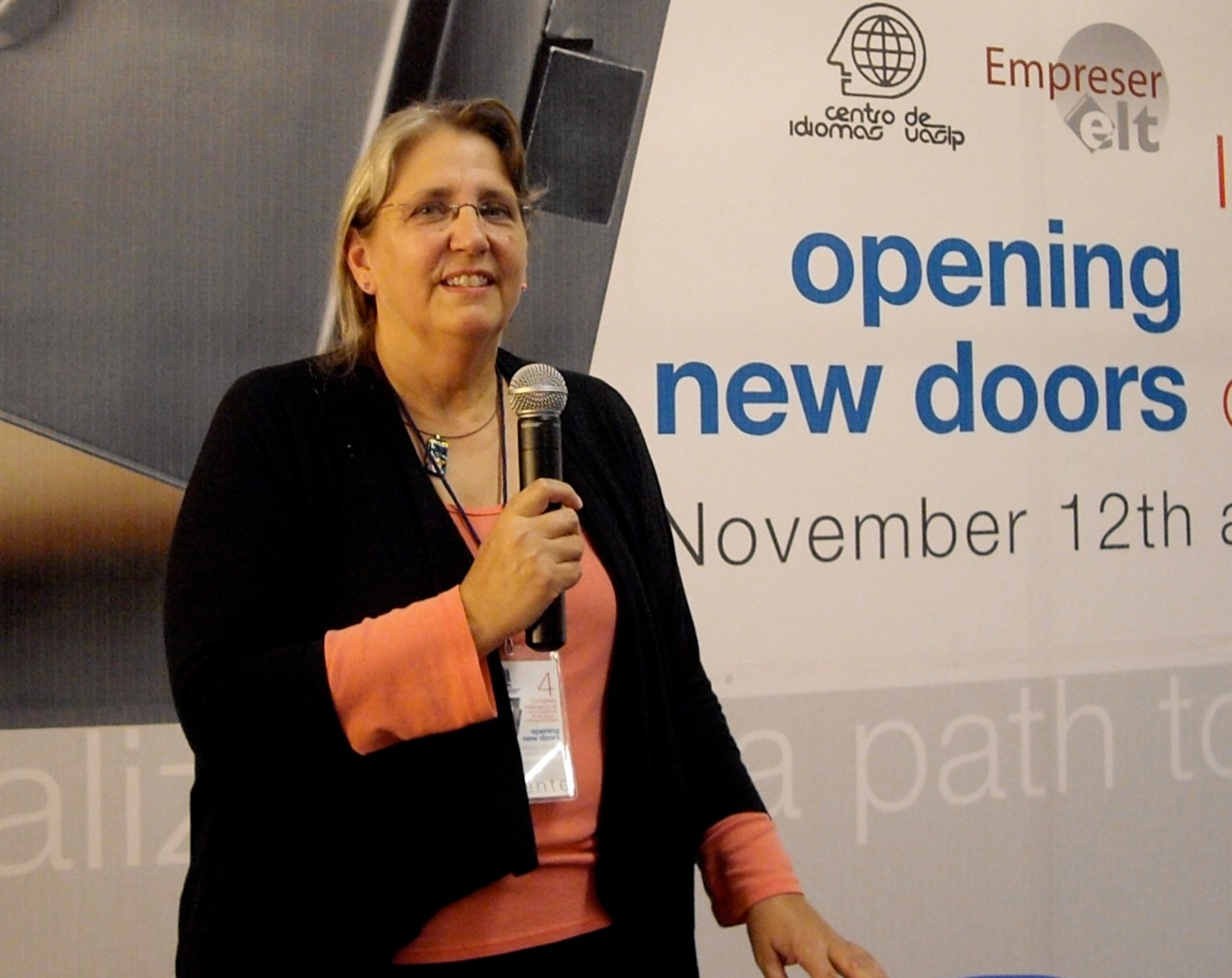 Evelyn Turner is a retired public school teacher, but she is hardly “retired” in the usual sense of the word. She is still passionately working on English language instruction by continuing to work in Mexico, writing a book, and teaching at a university in Bali.

After teaching in the public school system in Minnesota for nearly 30 years, Evelyn became an English Language Fellow in 2010 and taught in Mexico for 10 months. During her time there, the State of Mexico was starting a pilot program to teach English in kindergarten. Previously, English language instruction did not begin until middle school, but the government felt that an earlier start to learning English would lead to higher levels of English comprehension.

“In order to get little kids to talk, you need to use games and hands-on activities,” says Turner. Unfortunately, the universities in Mexico were not preparing teachers to teach English to kindergartners, so she spent much of her fellowship in Mexico training teachers to adapt to the learning style of these very young learners.

After returning to the United States, Turner went back into public school teaching for a year. Even though she loved her time teaching in public schools, she wanted to do more.  In 2012, Evelyn retired from the school system to focus on projects she felt passionate about.

One of these was continuing her work in Mexico. Last year, she returned to the country to speak at the National MexTESOL conference. She is also co-authoring a book with Higinio Ordoñez, her teaching counterpart that she worked with as a fellow. After working with Turner, Ordoñez had written a paper on teaching English to young learners in Mexico. Turner worked with Ordoñez to expand the paper, add a few chapters, and turn it into a book that is now being published.

Turner says that she never expected to continue to work with her Mexican colleagues after returning to United States, but that it has been incredibly rewarding to stay professionally connected with some of the people she met as a Fellow.

Evelyn is now volunteering at Dhyana Pura University in Bali. She is teaching English for specific purposes to students who want to go into the hotel industry.

“Being a fellow helped me see that there was more to do with my life, and it helped me to go out and do it,” says Turner. “If I hadn’t been a fellow, I wouldn’t have written a book, and I don’t know that I would have so eagerly accepted a position in Bali.”