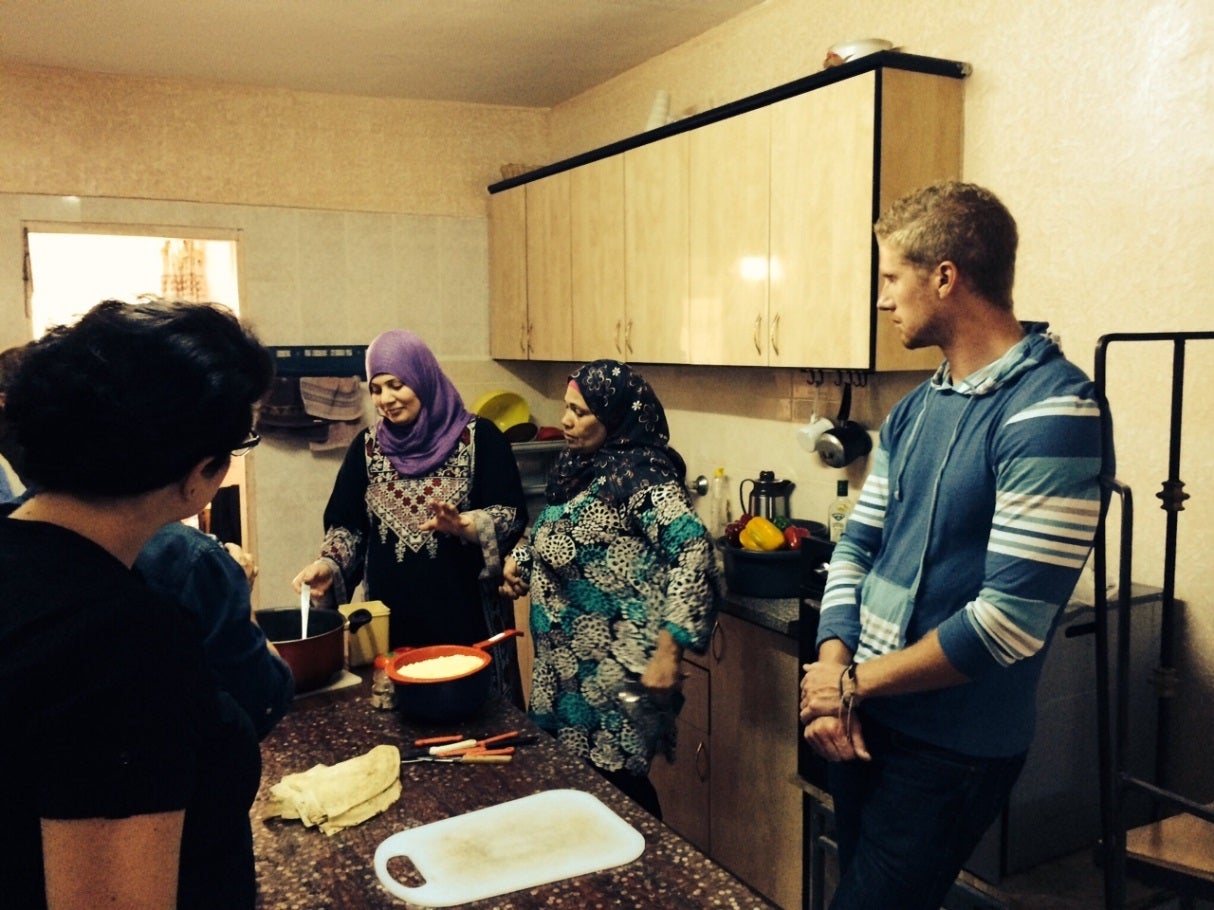 “The opportunity to work with the women of Noor Women’s Empowerment Group (WEG) came early on in my fellowship. Upon arriving in Bethlehem, I was overwhelmed by its foreignness.  To counter this feeling, I intentionally sought out places and events where I could meet others in the community and gain a greater sense of place. Following a recommendation of a colleague, I enrolled in cooking classes in the refugee camp closest to my house—Aida.

Addaia, our tour guide and volunteer with Noor WEG, led us to Islam’s house. Islam is the leader of Noor WEG and works with Addaia to coordinate the cooking classes. In addition to the cooking classes, Noor WEG also sells cookbooks featuring the recipes.  The revenue from the classes and book sales is divvied up according to the women’s needs of Noor WEG.

One of the greatest challenges facing Noor WEG is sustainability. The organization relies heavily on volunteers to advertise and coordinate cooking classes. The women speak little to no English and are computer illiterate. Speaking with Islam and Addaia, we came up with the idea to bring students from the university to hold English classes with the women.

My students who volunteered met with the women from Noor WEG who were interested in the courses, and we coordinated times and places for the classes. The students would work in pairs and meet with one of the women at their house for an hour each week. If both the students and the women found this to be useful, we would increase the frequency and scope of the classes to include more women. I would love to see this side project become a formalized project at the university.”