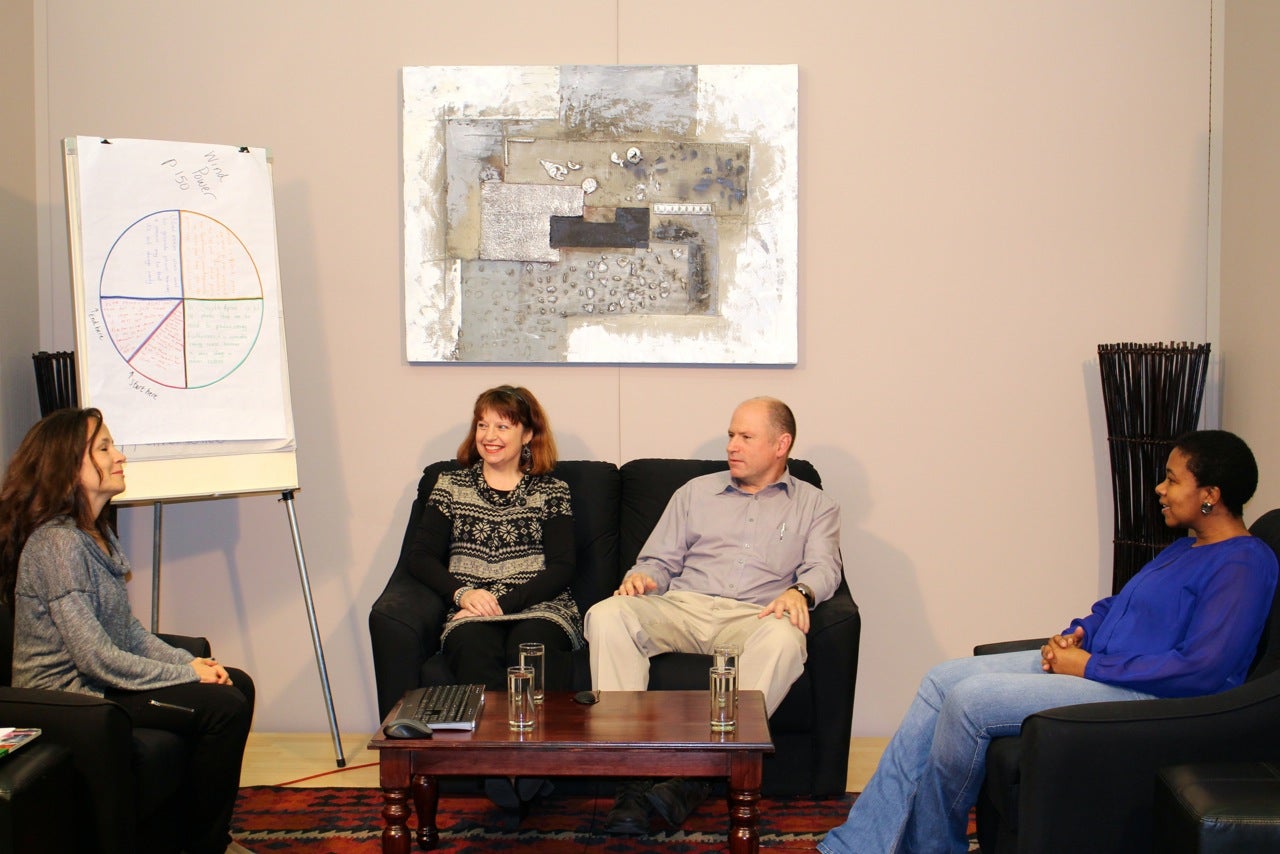 This production was the first of its kind for a Fellow in the Western Cape. The filmed program will be packaged as a learning module by the university and distributed to 31 teachers representing more than 20 schools in the rural Eden Karoo district. This production represents one more important step in Hackett’s projects involving broadcast technology to increase her audience of teachers.

The studio manager Danie Moolman said, “This is the first time we have used the talk show set to film a program like this one. I definitely see its potential for becoming a series.”