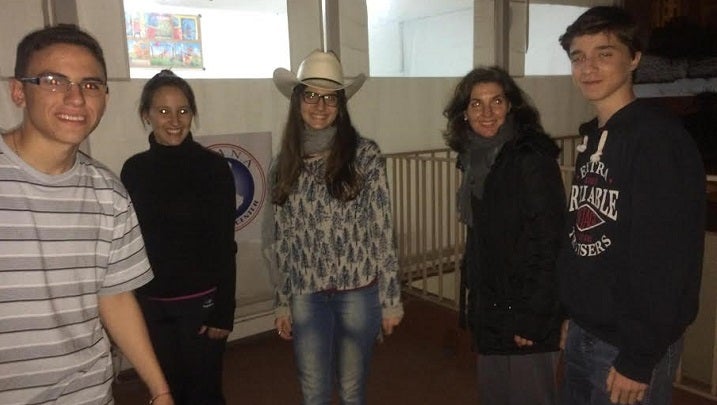 English Language Fellow Tylie Cramer held the second meeting of the IICANA Conversation Club, “Rambling on the Roof” in Cordoba, Argentina.   She was assisted by Brandon Janes, a fellow US citizen and IICANA teacher who served as the square dancing instructor while Tylie supported the activities.