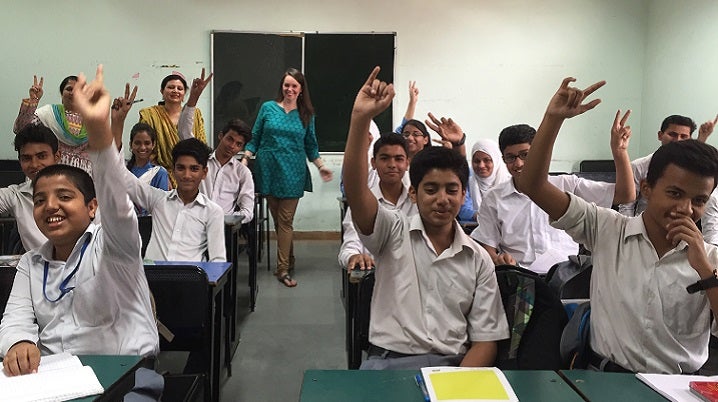 English Language Fellow Toni McLaughlan recently visited groups of 10th grade students in the Access program at Jamia Millia Islamia Secondary School in New Delhi, India. Before meeting with the students, McLaughlan had provided the schools with instructions for practice on interview skills and question development for the students.

Once McLaughlan arrived, she participated in a question and answer session with the students where they could ask questions about American culture, politics, education and language. The students found this activity useful for several reasons, one being the fact that for many of them this was the first time they had interacted with an American.

Many students commented that in the future they would like to study in the United States and that this provided a closer glimpse into American culture. Although Delhi is the capital of India there aren’t many Americans living there, so this provided students with an opportunity to learn about America and practice their language skills.