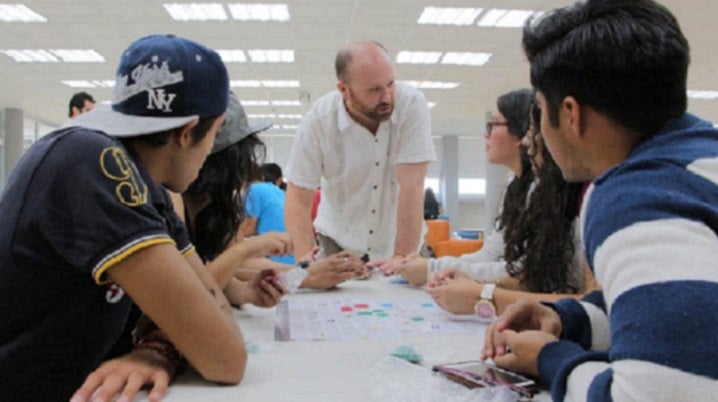 English Language Fellow Patrick Gaebler, with the help of Alfonso Atala of Dinamita Games, debuted the ludoteca (library of games) to students at the Universidad Tecnólogica El Retoño (UTR) center in Aguascalientes, Mexico. The ludoteca included strategy games from diverse cultures, including Japanese, Chinese, Mexican, among others. The instructions for each game were written in English, so students and instructors were able to practice their language skills in a fun way.

Students and teachers in groups of 3-6 were arranged in tables to play games. The first round of game playing was feudalism, where students focused on capturing territories. When a winner was announced they moved on to the next round. As the modes of game playing changed, so did the language and vocabulary the students used.

As the game modes became more challenging, there was a dramatic change in both the language that was used as well as the strategy. Participants found the activity both entertaining and engaging and were happy to be able to practice English in a low-stress environment.