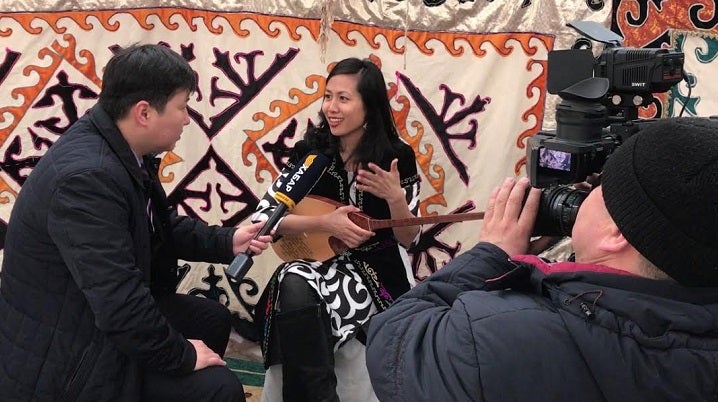 English Language Fellow Sandra Lee jumped headfirst into Kazakh culture by studying the language and learning to play the national instrument, the dombyra.  All her efforts came to fruition during her performance in the town square of Kyzylorda on the national holiday of Nauryz.

Wearing a Kazakh costume, Sandra performed with her two dombyra teachers and then gave a speech and sang a song in Kazakh.  The song was called “Homeland,” and Sandra explained that even though Kazakhstan isn’t her own homeland, she wanted to show respect to all of the Kyzylordans who have welcomed her with so much hospitality into their country.

Afterwards, she was interviewed by two major television networks and explained why she chose to participate in this event. She received many compliments from strangers and some tearful thanks from a colleague for showing so much interest in the Kazakh culture.