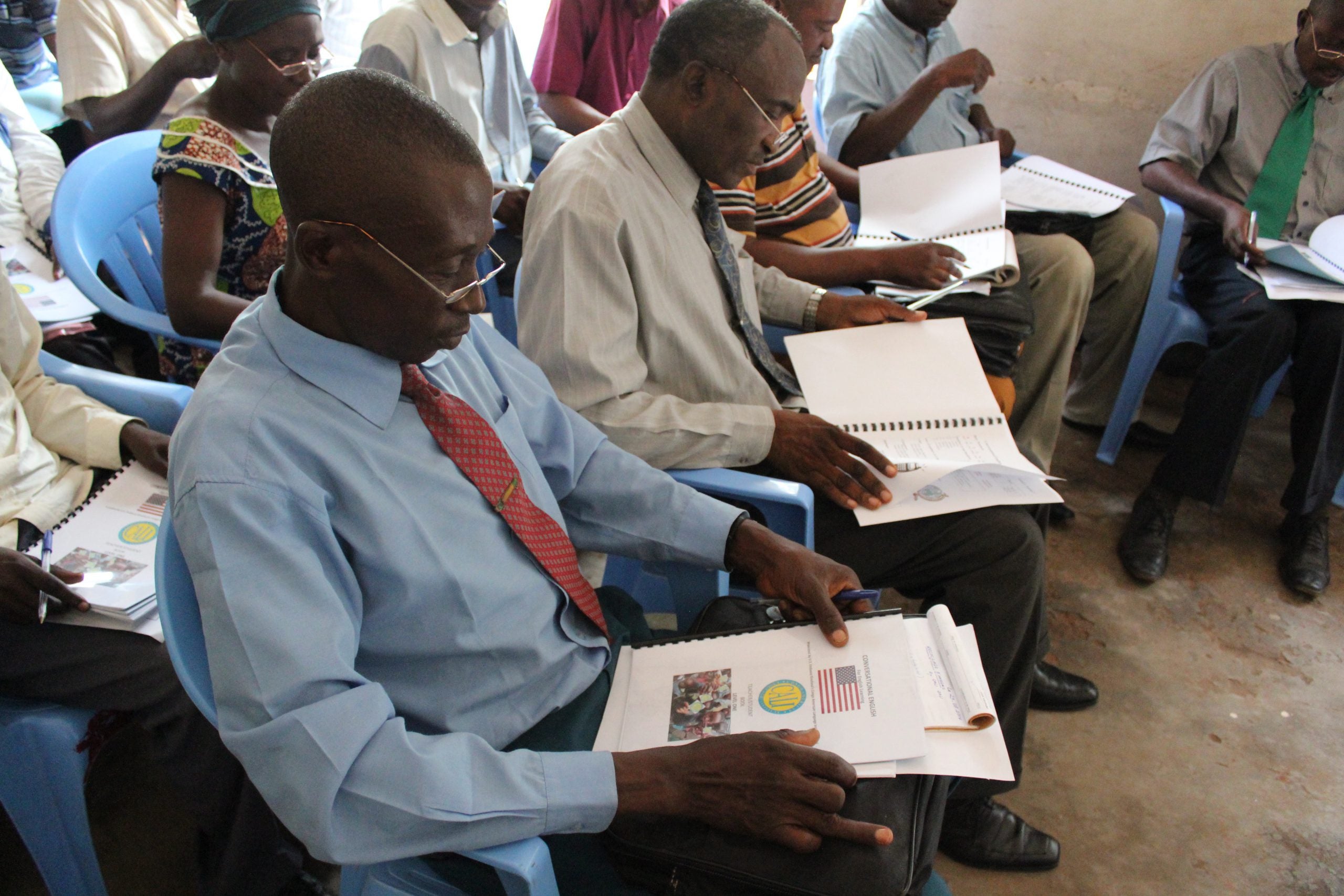 English Language Fellow Bryce Smedley visited Mole Refugee camp in the Equateur province of the Democratic Republic of Congo to establish English language programming for the first time. The refugee camp has 13,000 residents who have fled the Central African Republic (CAR) in the past two years from civil unrest. The majority of residents come from the CAR capital city of Bangui, but Kenyans, Congolese, and Sudanese people also live in the camp.

Smedley met with university instructors and English speakers at the camp and organized a meeting with camp elders.  The camp will create an English club and begin teaching English at primary and secondary levels.  Smedley provided English club training for forty residents and encouraged the establishment of an English teacher council to oversee the English programming.

Residents also learned about MOOCs and played American English’s Trace Effects game at a small cyber café located at the camp. Smedley visited the library that was created after the U.S. Embassy of Kinshasa donated 500 books. “These books are the only books we have. We have lost everything and feel forgotten, but we know that we aren’t forgotten by the American people. We are so thankful that the American people are helping us rebuild our lives through education,” said one village elder.