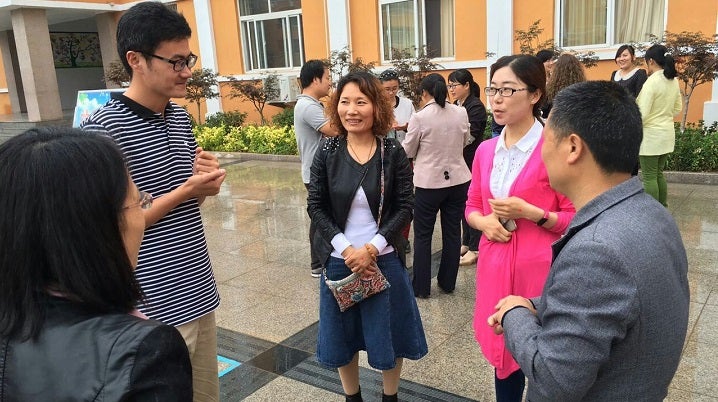 English Language Fellow Meghan Fatzinger led a workshop, a book club meeting and a movie screening for students at Shenyang Normal University (SNU). At SNU, Fatzinger held the 4th Teacher’s Workshop for the Spring Semester. There were 26 teachers in attendance who learned several games they can implement into their classrooms. A favorite game of the participants was the spelling bee, which they were eager to participate in.

The following day, Fatzinger hosted a movie screening of the film Bill Cunningham, New York at SNU. Participants discussed the differences between Chinese and American fashion as well as what influenced each.

At the US Consulate in Shenyang, Fatzinger and 5 students from SNU led a book club discussion on the novel “Girl in Translation”. During the interactive discussion, participants asked each other questions and also did a role-play using quotes from the novel. Students found the events during the week to be a great supplement to what they had been learning in the classroom.