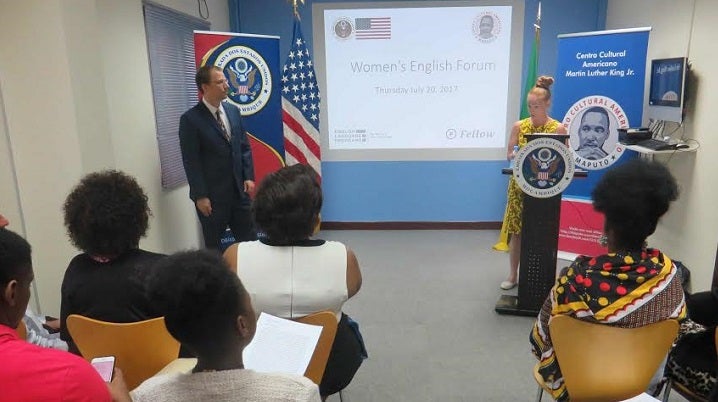 The “Women’s English Forum” was an opportunity for the community in Maputo, Mozambique, to come together to practice English in a formal setting while discussing women’s issues. Approximately 80 people attended the event, which was led by English Language Fellow Kasey Larson, at the American Cultural Center. During the program, the winners of the Mozambican Women’s English Essay contest read their winning essays about problems facing Mozambican women and possible solutions to these problems.

Three guest speakers also attended from the U.S. Mission in Mozambique and gave talks on issues facing women in the United States, such as women in the work force and women in the military. The program ended with small group discussions related to the essays and topics presented by the guest speakers.  Attendees were able to listen to different speakers, engage in discussions in English, share their opinions, and learn from one another during these sessions.