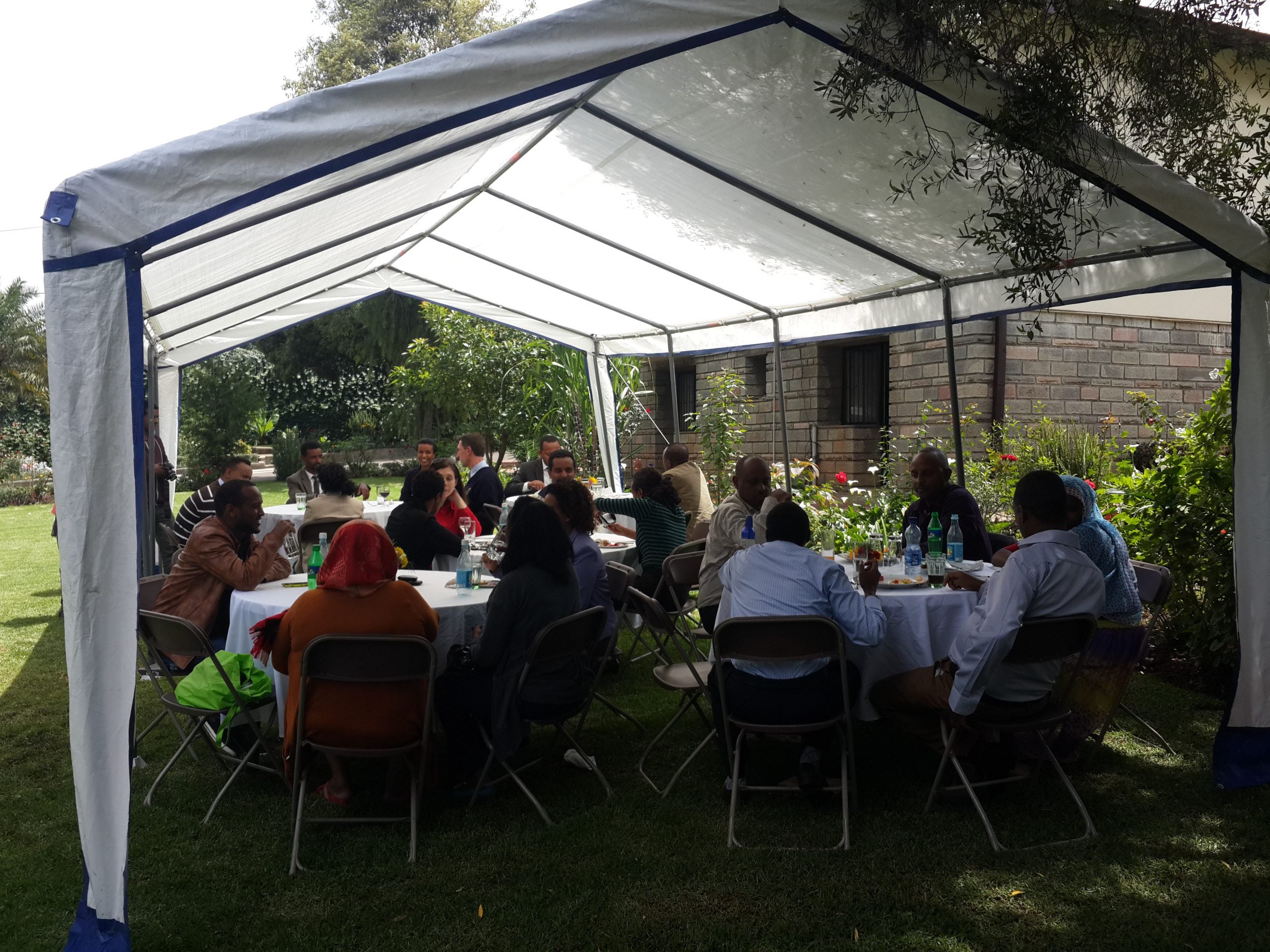 Fellows don’t spend their entire fellowships in the classroom. English Language Fellow Matthew Jellick, teaching in Ambo, Ethiopia, is the perfect example: this year he met Anthony Bourdain while the celebrity chef was filming an episode of “Parts Unknown” in Ethiopia, which aired this week.

“Perhaps nothing describes culture better than food. Just like language, food influences open avenues otherwise unexpected, and furthermore allow insights into who we are and where we come from.

A few months ago I was in the capital, Addis Ababa, for some Embassy meetings when I heard a rumor that CNN was in town as well, on location for the filming of
“Anthony Bourdain: Parts Unknown”
.
Pictures were popping up from the famous spice markets of the city, with particular attention paid to berbere, a key ingredient in Ethiopian cuisine. Imagine my surprise when on a Sunday afternoon for lunch, I visited my favorite Hamburger joint in the country, only to walk in on a camera crew surrounding a table of three Ethiopians and one Ferengi!

Sishu
is more than a “Hamburger Joint” and in fact is actually a model for Ethiopian businesses, with high wages, local ingredients, and overall sustainable practices.  Anthony Bourdain was interested in the exercises taking root here, meeting with the owners for a roundtable discussion on the Ethiopian Diaspora, where the idea for the restaurant itself actually came from. I approached the producer to see if I could have a word with Anthony after the formalities were done.  I wanted to express my personal food interests to him as an American living in Ethiopia, and how that has gone to shape the way I view the correlation of culture and diet.  Afterwards I had an audience with him, explaining my situation while both asking and answering questions about my realities as they pertained to food in East Africa.  It was ironic that the discussion was happening at a hamburger restaurant in Addis Ababa, but I think we both understood that there was more to the menu than burgers and fries. While that was probably the only American meal he had during his trip, I am sure that he took with him lessons learned about cultural practices and how they can go to shape ideas in the most distant of lands.” Read more about Jellick’s adventures with Bourdain on his blog
here
.