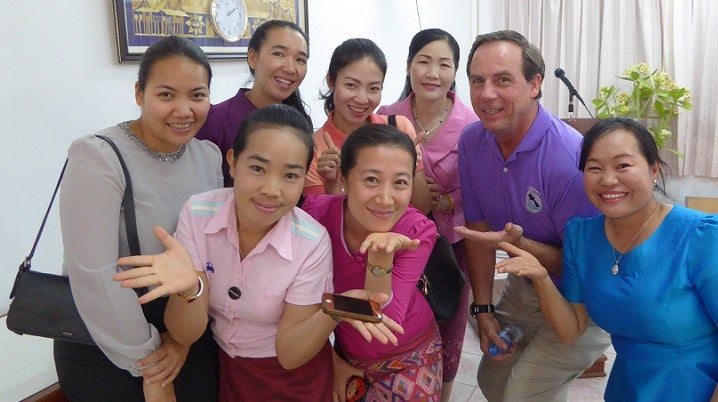 Later, a formal event was held at IFA, where awards were given to individuals who demonstrated significant achievements pertaining to women’s rights and issues. After the presentation of monetary awards, flowers, and gifts, the participants joined in a meal, sang karaoke, and enjoyed telling stories in English. The men also gave red and pink roses to the women in the room to show recognition for their achievements.