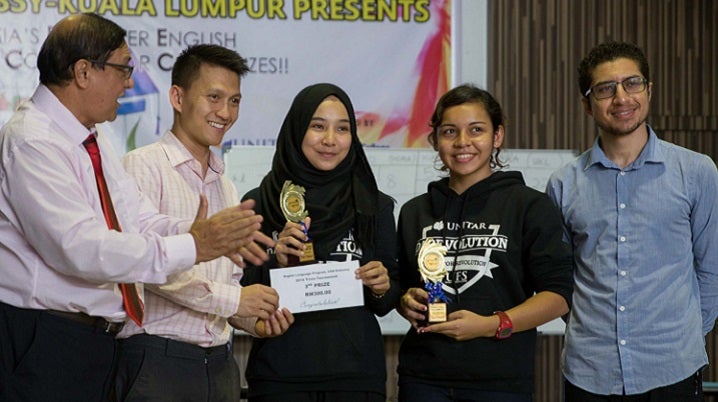 The structure of the tournament incorporated elements from NCAA March Madness, Jeopardy, and Who Wants to be a Millionaire. There were 32 teams in attendance from Kelantan and Sabah that competed in the preliminary rounds to secure a spot in the “Elite Eight.” The “Elite Eight” met at Sidma college and competed for cash prizes, bragging rights and trophies.

Although the tournament was fun, students also learned a lot and increased their                         interpersonal skills, diversity awareness, world knowledge and critical thinking skills. By the end of the tournaments, students embodied the “1Malaysia” motto by working with students from other states and creating a mutual understanding of the different regions of Malaysia.