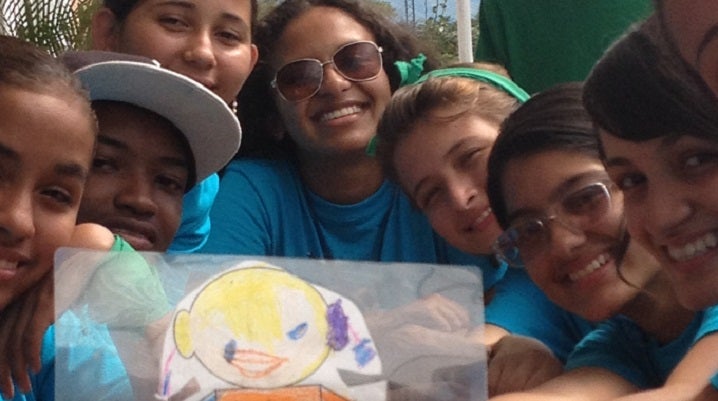 English Language Fellow Teresa Troyer in Medellin, Colombia hosted Flat Stanley with the help of the campers at the ACCESS English Immersion Camp. “Flat Stanley” is based on the character in the popular books from Jeff Brown and has been travelling the world since 1995. In 1995, Dale Hubert, a third grade teacher based in Canada used “Flat Stanley” as an educational literary exchange project.

In order to participate in the exchange, students first read the book, make a paper “Flat Stanley” and then mail him along with a letter to willing hosts. Then once the recipients receive Stanley, they treat him as a special guest and show him around for a few days and document his travels before returning Stanley to the original owners.

The English ACCESS Camp participated in Flat Stanley and received him from a first grade classroom in Dayton, Ohio. Campers took Stanley through an obstacle course and then to the pool and even enjoyed lunch with him.