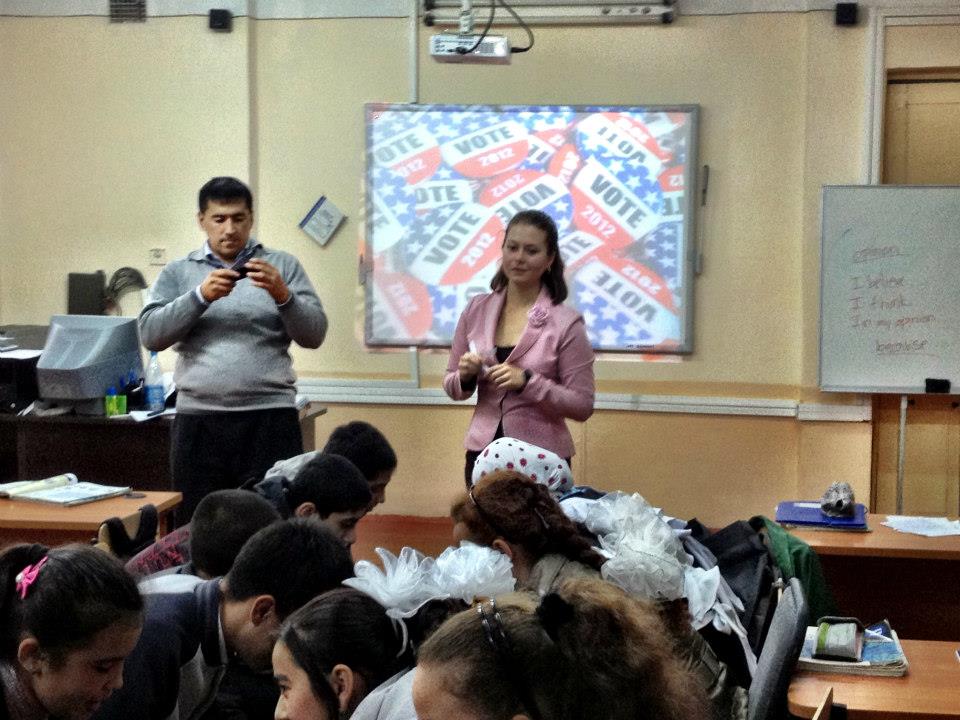 Students from across Kazakhstan participated through American Corners in local libraries. Each location set up a polling station with ballot boxes to be opened to coincide with the November 6, 2012 U.S. elections.

Thirty to 60 students, between 13 and 22 years old, attended each presentation. After the interactive presentations, students were able to cast their own votes (students in Shymkent cast their ballots in person, while those in Sairam and Badam used an absentee ballot). Students practiced their English skills while also learning vocabulary and American history. It was a great way to engage students on important aspects of American life, history, and culture in a relevant, real-world context.