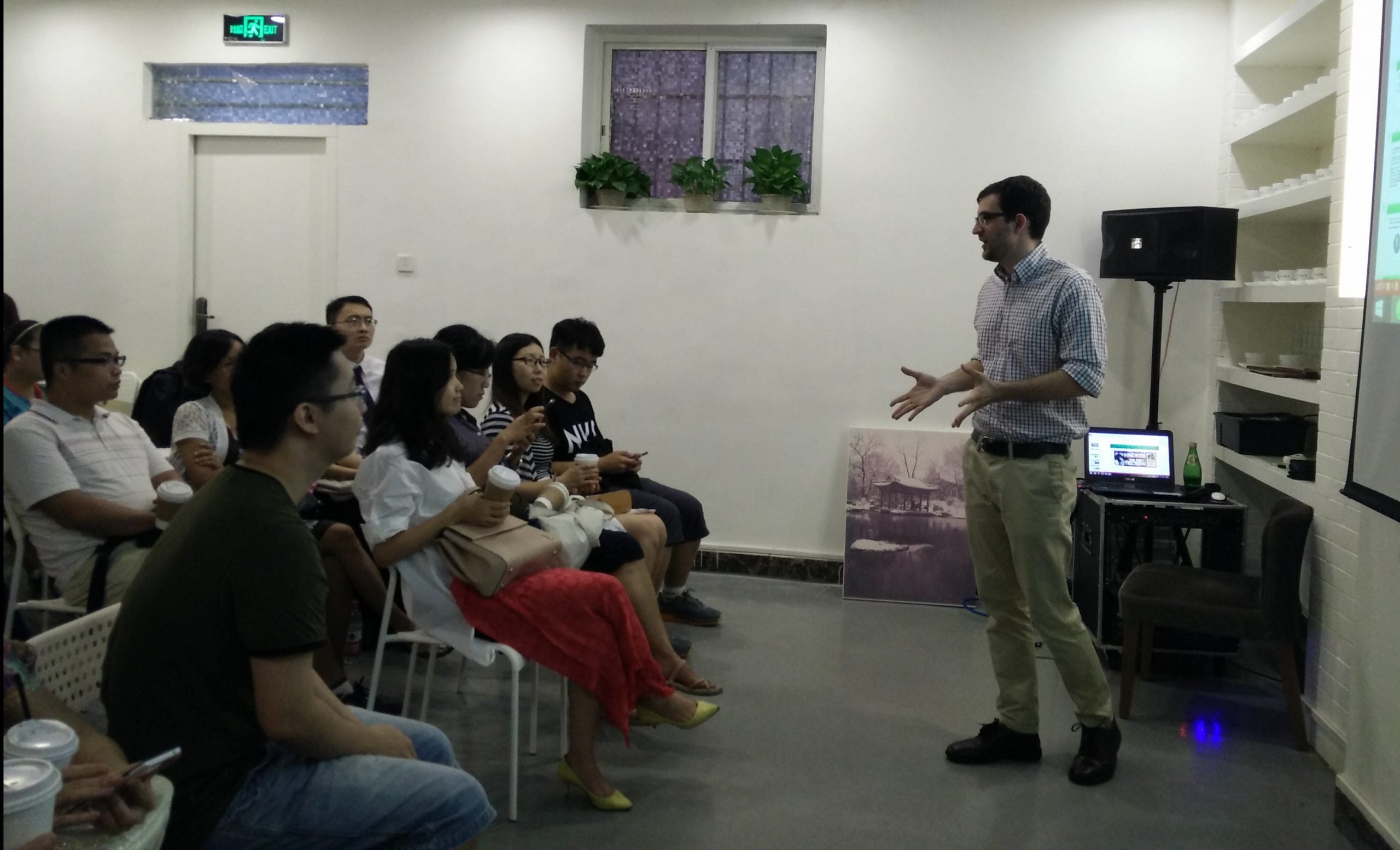 English Language Fellow Evan Tokarz led a spirited discussion of 30 people at a Guangzhou coffee shop on the novel and film phenomenon, Gone With The Wind. Tokarz chose this particular story because “the novel and film are a classic part of American culture and have a strong following worldwide.”

Attendees made connections to their own experiences with war and inquired about life for Americans living in the South in the modern age. This event was the perfect example of how Fellows in the English Language Programs enact cultural exchange in a fun and meaningful way.