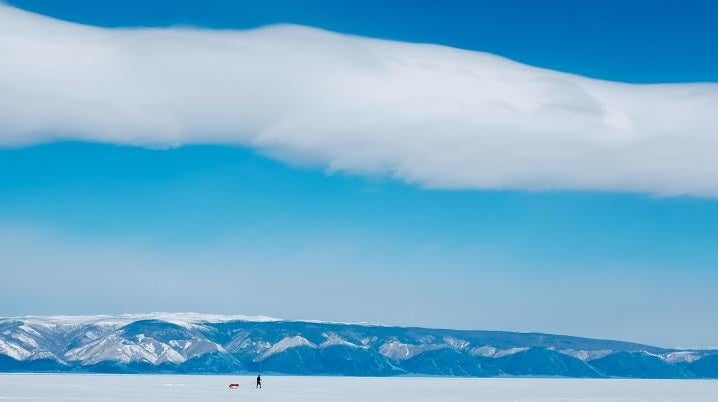 The drive across frozen Lake Baikal from the Irkutsk mainland to the island of Olkhon was just one of the highlights of a weekend trip led by English Language Fellow Patricia Naccarato. An eclectic group consisting of local students, an Irkutsk-based Fulbright ETA, Middlebury College language school teachers, American exchange students, and this and next year’s Siberian-based EL Fellows joined together for a weekend adventure. The trip, organized by Middlebury College, took advantage of the pristine, late Siberian winter.

The group of 12 spent their days driving in “bread box” trucks around the ice-covered shores of Olkhon and exploring points of religious and geographic importance. Olkhon is a sacred center for shamanism and the group stayed within walking distance of Shaman Rock – often cited as one of the nine most sacred places in Asia.

In the evenings, the group socialized, sang English and Russian songs and played Durat – the most popular Russian card game. Overall, the experience made it possible for the Russian and American teachers and students living, working and studying in Irkutsk to come together and build lasting friendships.