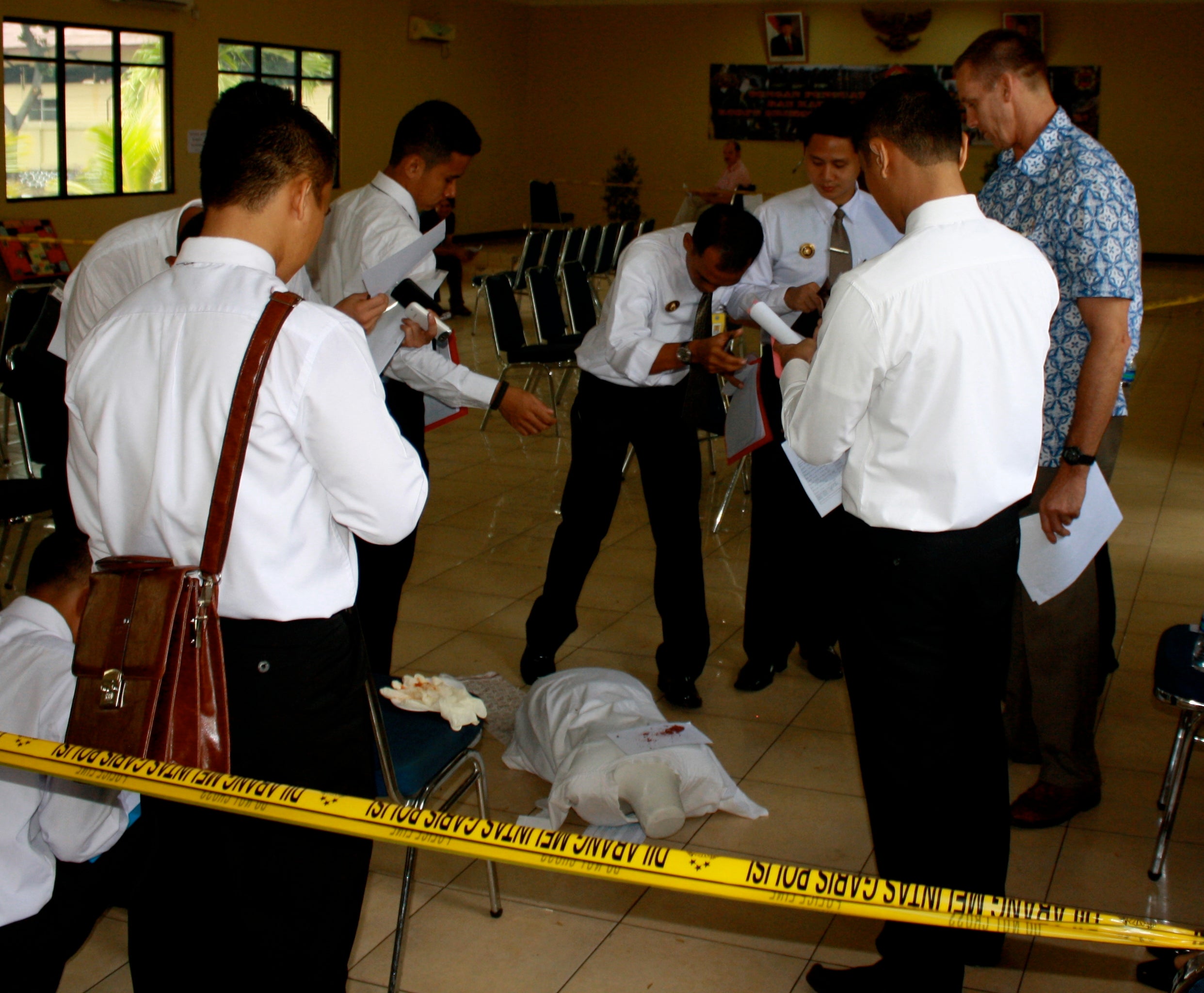 Every year, the U.S. Embassy in Indonesia hosts a Native Speakers Day for the National Police Center in Jakarta. Typically, police officers meet with embassy staff and other native English speakers for conversation and presentations.

They decided to plan a murder mystery for the 60 police officers who attended Native Speakers Day. The Fellows converted the police center’s dining hall into a seaside villa, set up an elaborate crime scene, and assigned native English speakers to the roles of various witnesses and suspects.

The police officers were broken up into teams, and each team took turns interrogating the witnesses, reviewed the evidence, and collaborated together on their theories of the murder, all in English. The exercise involved a great deal of relevant English vocabulary, and the participants were able to practice their English in conversations and interrogations of the suspects, who were all native speakers.

Just before the true solution was revealed, sirens roared, and four uniformed officers barged into the room, grabbed the two murderers, handcuffed them, and read them their Miranda rights.