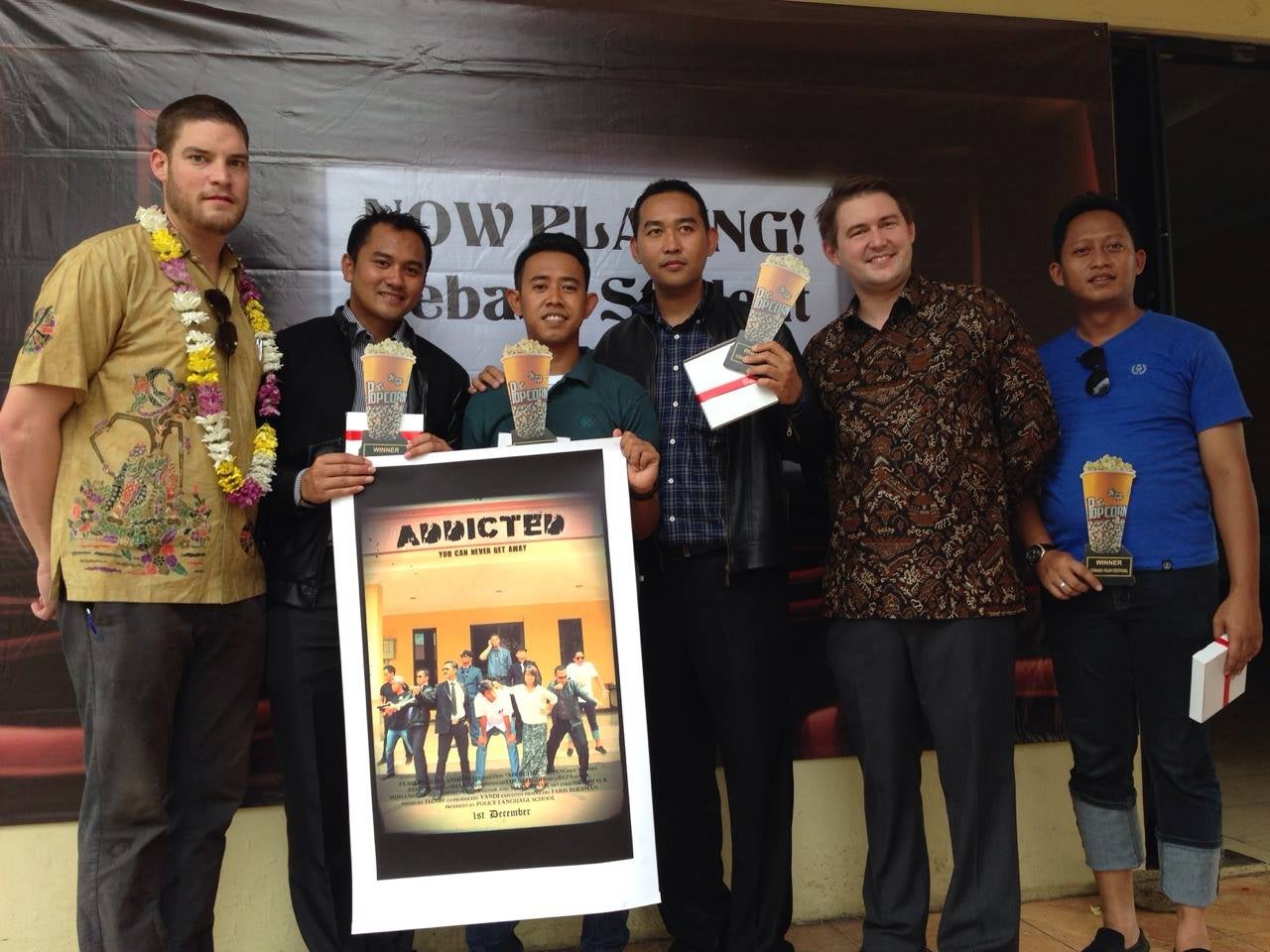 English Language Fellow Sean Ryan organized the first Sebasa Police Film Festival in Jakarta, Indonesia. This event served as the culminating project for the semester as students were tasked with creating their own 30-minute long films. All films were screened during the festival and awards for the best film and the best actor/actress were given to the most deserving students.

Ryan’s use of film as a medium for the project allowed students to practice speaking English outside of the classroom in a stress free, enjoyable environment. A project of this nature is ideal for students who may be reluctant to participate in class. Producing films motivated all of Ryan’s students to get involved and actively contribute to the creative process.

Ryan was extremely impressed at the time and effort his students devoted towards creating their films. “I could not be more proud of the hard work and dedication [the students] put into producing these remarkable films” said Ryan.