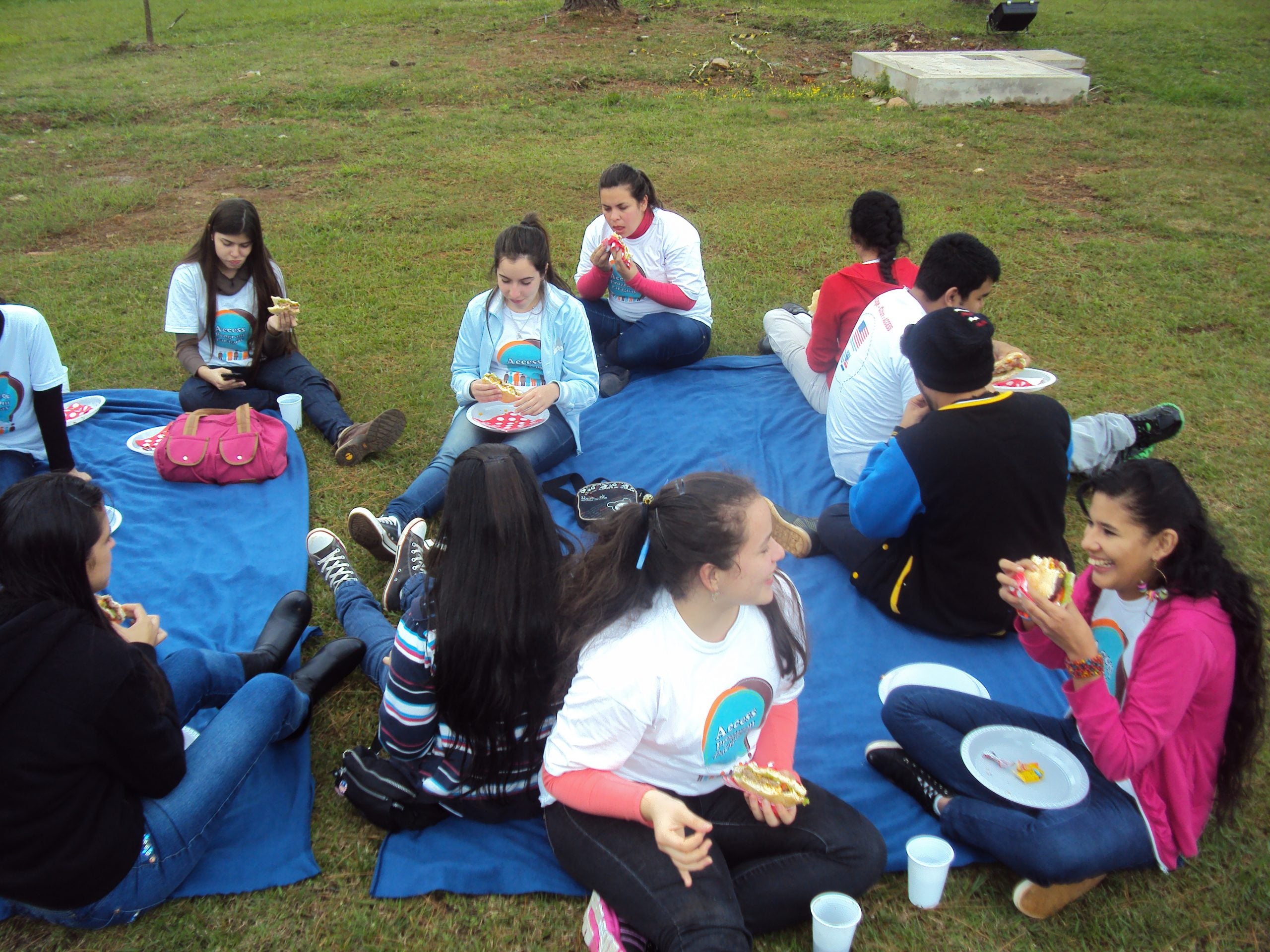 Who knew the peanut butter and jelly sandwich was the ultimate symbol of America? Maiullo began the activity by discussing different national symbols. The students identified and discussed symbols from countries like Canada and Italy and then considered what some of Paraguay’s symbols would be.  The activity then considered some obvious American symbols, such as flags and American eagles, and the not-so-obvious, like skateboarding. The students happily concluded the activity by discussing the “symbol” of the peanut butter and jelly sandwich. Students then got to make their own PB&Js to sample.

When everyone reconvened, the Fellow led the students in a creative exercise of association. ACCESS students were shown slides that depicted multiple scenes in the United States. From each scene they culled a single adjective. After they had chosen ten adjectives, they created a tourist pamphlet using these words and the imagery they had seen in the pictures. The students presented these pamphlets and concluded the occasion by going out for a picnic and playing American-style games.