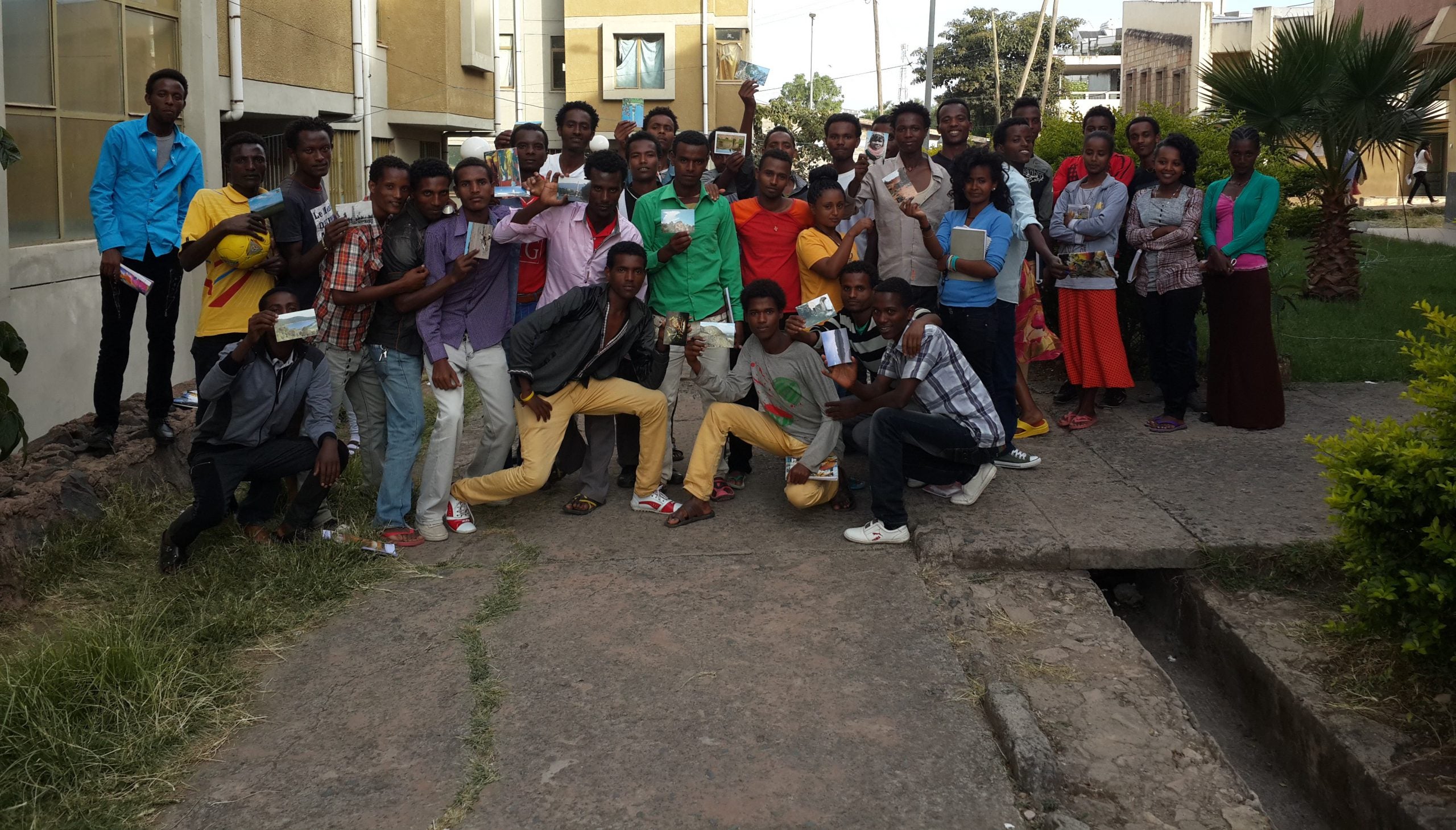 “As the only American on campus, I am always looking for ways to expand my students’ interaction with other English-speaking foreigners,” Jellick said. He belongs to a worldwide network called “Skype-in-the-Classroom,” which he has used to introduce his students to other classes across the globe. Since the internet at his school in Ethiopia can be volatile, he has found a new way to promote cultural exchange.

Jellick bought postcards in Addis Ababa and instructed his students to write about themselves and their country on each. He then found a classroom in the United States to send the postcards to.

“The students were excited at the prospect of having their individual stories told across the globe, in a classroom much like theirs but at the same time different in so many ways,” Jellick said.