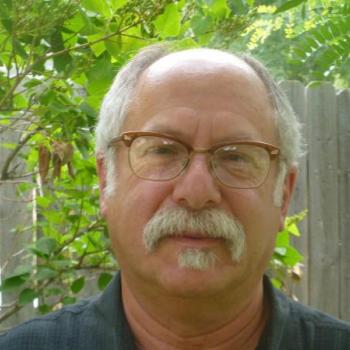 Rob Danin, an English Language Fellow in Vladivostok, Russia, 2012-2014, is an Alumni Ambassador for the U.S. Department of State English Language Fellow Program. “As a Fellow I was constantly engaged in cross-cultural exchanges of customs and ideas that expanded my understanding and appreciation of the people that I was fortunate to share them with. By taking the time to observe and inquire about the traditions that make up my students’ world, I expanded my own world-view too.” As an English Language Fellow in Russia, Danin had a multitude of roles throughout the Far East and Siberia. He provided teacher training workshops and seminars, visited schools and universities as a guest speaker and lecturer, and helped design a professional development certification program for the English Philology Department at his host institution, the Far Eastern Federal University (FEFU).

Early on in his fellowship, Danin discovered that the more he learned about the cultural conditions and values of his students and colleagues, the more he was able to create a successful EFL learning environment for them. “As I developed a greater appreciation and feel for the cultural context of my learners, as well as the specific obstacles to learning that they face, I was able to design my workshops and lessons accordingly,” he reflects.For example, when Danin observed that folk music held great historical significance for the people of Russia, he began opening his sessions with a presentation on Woody Guthrie’s life and music. “I would show a map of the U.S. and discuss some of the different regions that Guthrie’s lyrics refer to,” Danin states. “After my presentation, I would invite my audience to present on their folk music in our next session. What I loved is that their presentations were actually full-fledged performances!” Danin’s students treated him to immersive musical performances complete with dancing, beautiful costumes, colorful beads, and ornate headwraps. “I was completely awestruck by their skillful musicianship,” Danin reflects. “Particularly with the mouth harp, which they use to incredible effect, mimicking the sounds of nature, such as waterfalls, birdsong, and stampeding horses.” These performances became a key element of cultural exchange for Danin and his students. Not only did they provide a means of sharing their knowledge and music with each other, but they also served as a catalyst to building the strong student-teacher rapport that facilitates the learning process. “Because my students took a lot of pride in honing their musicianship, they were very excited to see my enjoyment of it,” Danin says. “They even gave me a few lessons on the mouth harp.”

Danin thrived on the broad diversity of his personal and professional experiences during his time in Russia. Traveling to different villages and cities for work each month enabled him to meet people from all walks of life. “I did outreach activities at libraries and community centers, and I taught university and high school students both during the school year and in intensive summer programs,” Danin states. Being involved  in syllabus, curriculum, and materials development also helped him expand his professional expertise with skills that he would use on future projects. One of Danin’s personal highlights as a Fellow was being interviewed about his workshops and thoughts on Russian culture by the local news channels in the different places he went to teach. “At night I would enjoy watching these interviews on TV with my colleagues who would help me with the translations. That’s a moment I’ll never forget, seeing myself on the news in my host country, and sharing a laugh about it with my Russian colleagues.” Dr. Rob Danin was an  English Language Fellow in Vladivostok, Russia, 2012-2014.  He was a faculty member at the University of Colorado at Colorado Springs (UCCS) College of Education for ten years. Working in South Korea, he helped develop the Daegu Gyeongbuk English Village (DGEV), and served as its first Lead Coordinator. Most recently, Rob has served as an English Language Specialist and a Fulbright Specialist, both with the U.S Department of State. He has completed projects in Albania, China, Georgia, and Tanzania (twice), leading teacher training seminars, and creating international training of trainer modules.