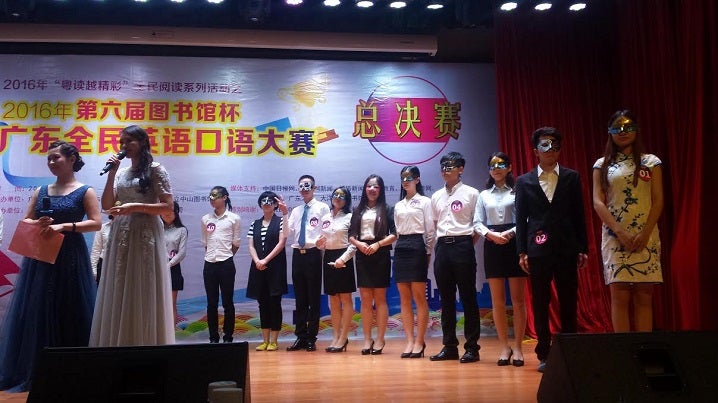 Patrick King, an English Language Fellow in Guangzhou, China, recently judged the final round of the Guangdong Public Library System English Speaking Competition. The sixth annual competition hosted participants from over 100 libraries in Guangdong Province who competed to earn one of 20 spots in the final round of speeches .

The theme for the speeches was “Follow me to the Silk Road” and the 20 finalists prepared a three-minute speech about Guangdong’s historical involvement in international trade, and it’s future prospects within President Xi Jinping’s “One Belt, One Road” initiative.

The top ten speakers then proceeded to the final round for an impromptu speech. The event’s organizers extolled the increasing quality of performances as well as the increasing number of participants at libraries around the province.