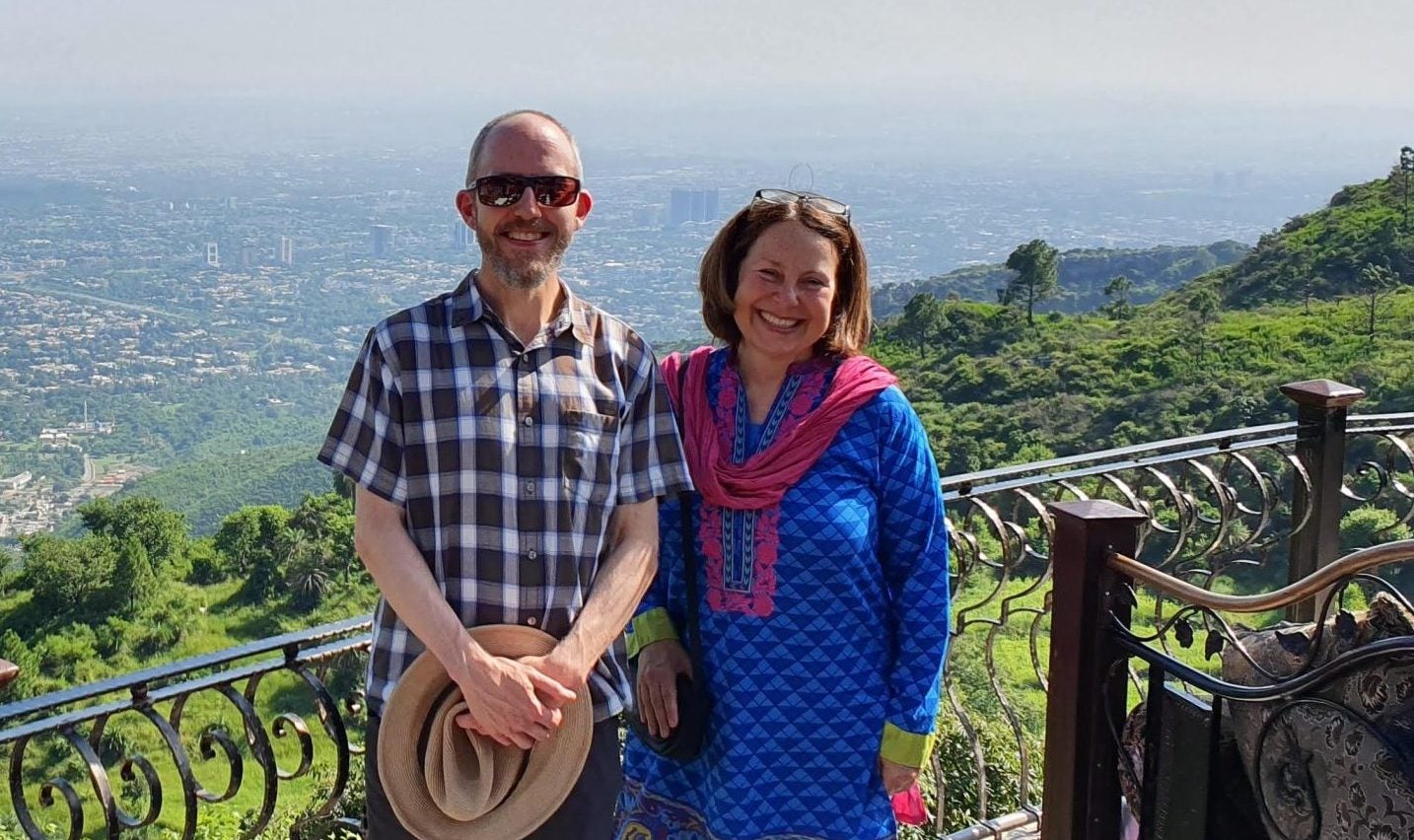 In the fall of 2019, Andy Halvorsen and Patricia (Trish) Pashby, both Senior Instructors at the University of Oregon’s American English Institute, traveled to Islamabad, Pakistan, for the first of a two-phase Specialist project with the Pakistani Higher Education. In this phase, Halvorsen and Pashby performed a needs analysis to understand the unique ELT context of the country with the ultimate goal of creating a teacher-training certificate program.

The history of modern Pakistan began in 1947 when India gained independence from Great Britain and was partitioned into two countries – India and Pakistan (at first including Bangladesh which seceded in 1971). As a result of this transformation, it’s not surprising to learn that Pakistan’s over 200 million residents speak dozens of mother tongues. In fact, five languages have over ten million native speakers each. Although Urdu is only the fifth most popular language spoken in the country, it became the official language of the country along with English, due to issues related to political and cultural unification.

Halvorsen and Pashby’s initial work focused on understanding both the challenges and opportunities provided by the linguistic diversity present in most Pakistani classrooms.Through their needs assessment they found that teachers routinely code-switch in daily conversation, and that Urdu is frequently the language used to check comprehension. The pair also learned that students from lower socio-economic backgrounds typically have less exposure to English in their pre-university education, leading Halvorsen to observe that “the genuine challenge is the degree to which English fluency is associated with social class and standing in society. Many students are reluctant to speak up for fear of being judged by classmates and teachers.”

The pair will return to Pakistan for the second phase of the study which includes creating a hybrid teacher-training program to be launched and piloted in the summer 2020.

Dr. Andy Halvorsen (Fellow, Albania 2003-2005 and Thailand 2011-2013) and Patricia (Trish) Pashby both teach in the Language Teaching Studies Program of the University of Oregon, are involved in online teacher training work through the American English Institute, and have 40 years of teaching and teacher training experience in more than ten countries between the two of them. Pashby’s interests include intercultural communication, pronunciation instruction, English as a medium of instruction at international universities, and testing/training international teaching assistants. Halvorsen is serving as a commissioner for CEA (Commission on English Language Program Accreditation).