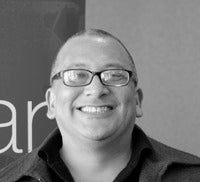 From 2001 to 2003, English Language Fellow Spencer Salas collaborated with La Pontificia Universidad Católica del Perú to develop one of the country’s first hybrid teaching licenses in TESOL. In addition to his work with course development at the university, Salas also led a national civic education initiative with the teacher leaders of Peru’s Binational Centers (BNCs). His collaboration with the U.S. Embassy in Peru and the BNCs on this project resulted in wide-spread success and the development of Project Citizen, which continues today as an effort to improve civic education and English language instruction across Peru.

Salas stated that his work with the pilot of Project Citizen and BNC teachers were among his favorite experiences as a Fellow. While traveling the country to deliver pedagogy classes, Salas created bonds with the teacher leaders he met. Even seventeen years later, he has managed to maintain close contact with colleagues in Peru through research projects and publications.

Salas reflected fondly on his time in Peru inside and outside of the classroom. He often took walks down the boardwalk in the capital city, Lima, for a view of the Pacific Ocean before heading to the university. Salas, who ended his fellowship nearly two decades ago, remarked that “Lima has grown considerably, but the view [of the ocean] is the same and you never get tired of it.”

After completing his fellowship, Salas returned to the United States in pursuit of a Ph.D. in Language and Literacy Education, which he earned in 2007. Recently, he was promoted to Professor at the University of North Carolina at Charlotte. Salas called his time as a Fellow a “game changer” for his professional career and a “proud opportunity to represent the TESOL profession.”

English Language Programs thanks Salas for his contribution to 50 years of Fellow impact!

Spencer Salas, Ph.D., is a Professor in the Department of Middle, Secondary, and K-12 Education at The University of North Carolina at Charlotte where he leads the Ph.D. in Curriculum and Instruction Urban Literacies/TESL sub-concentration. Among the courses he teaches are Globalization and Teacher Leadership. An award-winning District of Columbia Public School ESL teacher (1994-2001), Salashas been a Fulbright Fellow to Romania (1998), Guatemala (2007), and South Africa (2013); a U.S. Department of State Senior English Language Fellow to Peru (2001-2003); and, a frequent English Language Specialist (2003-present). The ensemble of his scholarship focuses on the New Latino South and has been featured in venues such as Review of Higher Education, Bilingual Research Journal, The Peabody Journal of Education, and The Journal of Basic Writing. He is co-editor of Vygotsky in 21st century society (Peter Lang, 2011); U.S. Latinos and education policy (Routledge/Taylor & Francis, 2014); Education in the New Latino South (SUNY Press, 2017); and, The TESOL Encyclopedia of English Language Teaching, First Edition (2018).