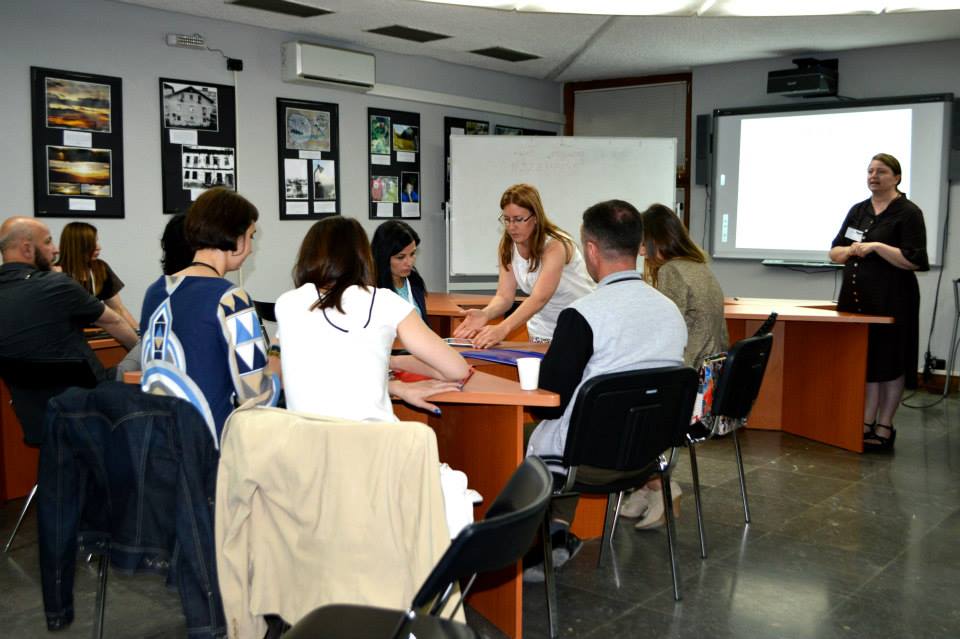 English Language Fellow Kate Mulvey taught a creative writing class at American Corner, Pristina for students of the University of Pristina. The class was held at the same time as National Novel Writing Month (NaNoWriMo), which is an international nonprofit encouraging participants from around the world to each write a 50,000-word novel in the month of November.

Mulvey taught students creative writing elements such as character development, plot, setting, and dialogue. Each student participated in NaNoWriMo by completing a full story in November. In the months following, they edited their own stories as well as their peers’ stories.

The students’ stories were collected and published in an anthology alongside stories written by students in Prizren and instructed by English Language Fellow Christina Nichol. After the anthology was published,  the Fellows held a book release party at a local cafe, where the student writers read selections from their stories.

A local television station interviewed Mulvey and one of her students about the writing project. The station also filmed several students during their public readings and featured a 15-minute story about the project. The interview can be seen here. It is in a combination of English and Albanian.