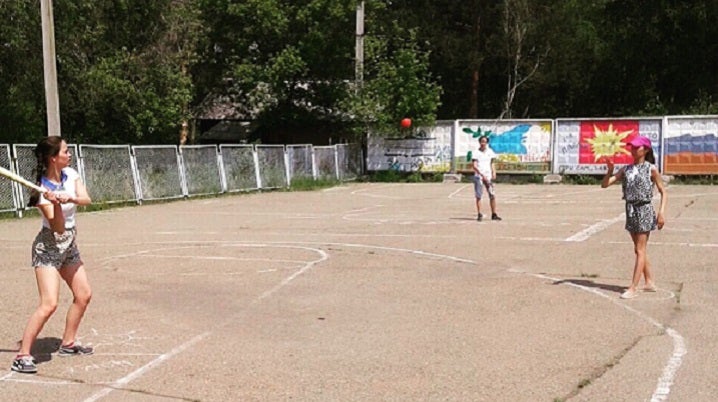 English Language Fellow Kathy Green led a 2-week camp for English Access Microscholarship Students in Irkutsk, Russia. Fifteen students participated in the camp, where they went on a virtual tour of the USA and learned about American culture, geography and history.

Every morning, students participated in exercises such as calisthenics, the Hokey Pokey and even the Cha-Cha slide. Next, during the late morning and early afternoon students answered riddles and learn about the history of major US cities and give presentations of their favorite landmarks. Students learned how to play baseball after lunch. Other days students played volleyball, the human knot and board games.

When students learned about Philadelphia and the founding fathers, Green incorporated the opening song from the musical Hamilton into the lesson. Students were excited to have the opportunity to create their own raps describing what they had learned about Pennsylvania. The camp encompassed many life skills, including participating in community service by helping the gardener plant flowers around the sanatorium near the camp.