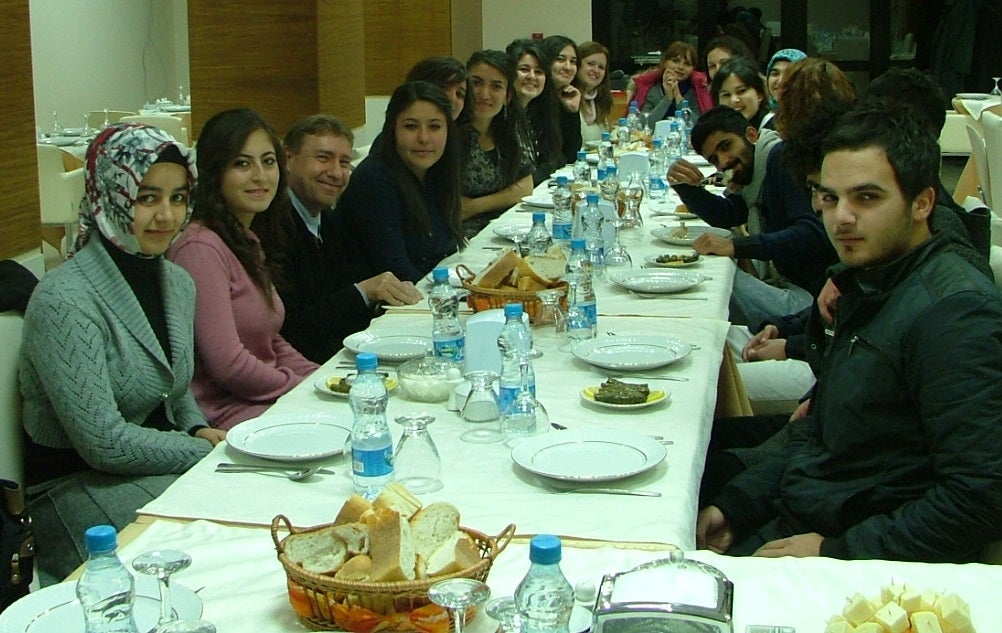 Teaching in Erzincan, Turkey, English Language Fellow Alice Nie quickly realized that her students had no idea what the American holiday of Thanksgiving was. Some thought it was the same as Christmas.

As the holiday approached, Nie decided it was a good opportunity to teach them about an important American custom and practice English at the same time. She invited 35 students from the Civil Aviation department at Erzincan University along with five faculty members to Thanksgiving Dinner.

She began with an explanation of the history and traditions of the holiday and answered questions from the students and faculty. Since the guests were familiar with Eid al-Fitr, in Turkey referred to as Bayram, Nie was able to draw parallels between American Thanksgiving and the Muslim festival to mark the end of Ramadan fasting.

After the discussion, dinner was served.