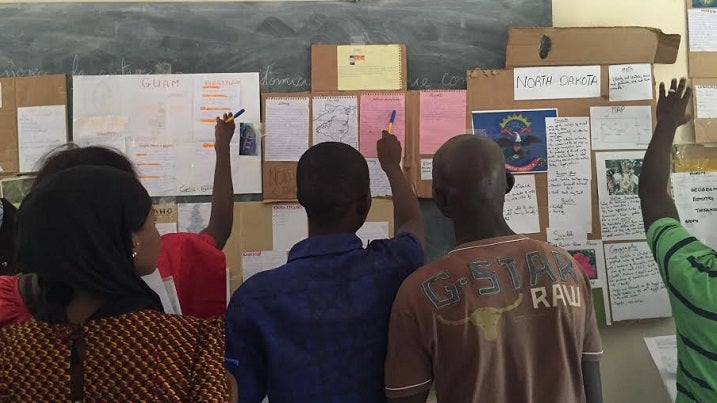 Rebecca Adler, and English Language Fellow in Senegal, brought an engaging American geography and history project to her students at Assane Seck University.

Adler had each student pick one of the 50 states at random and research them throughout the term. During the first week of class, the students discussed symbols of the United States, such as the flag, bald eagle and Statue of Liberty. In addition to studying their respective state flags, students also researched Native American tribes of each state.

At the end of the term students proudly presented their findings around the classroom through a poster at the “State Fair”. Students were required to visit at least 10 other “States” and write one thing that they had learned. This gave students the opportunity to practice speaking English as well as learn about American history.