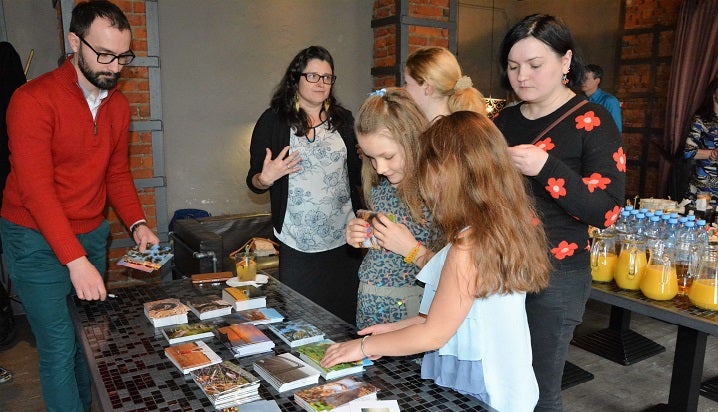 Clark encouraged students and teachers to take part in writing about Belarus from over 180 pictures submitted on Facebook. Submissions came from professional photographers as well as teenagers and the subjects ranged from people to nature and animals. Clark had 15 postcards created from the pictures and haiku submitted and completed the project with a final event where over 30 photographers and writers were brought together on April 24, 2016 in Minsk, Belarus.

Two thousand postcards were distributed for free and all were encouraged to write messages on them and send them abroad to help people learn more about Belarus.